In recent interviews, people have asked me if I follow zero-waste practices in aspects of my life other than food.

The short answer: Yes but besides food, what else is there?

I’ve got this one covered on this blog. Essentially, to go zero-waste in the kitchen: 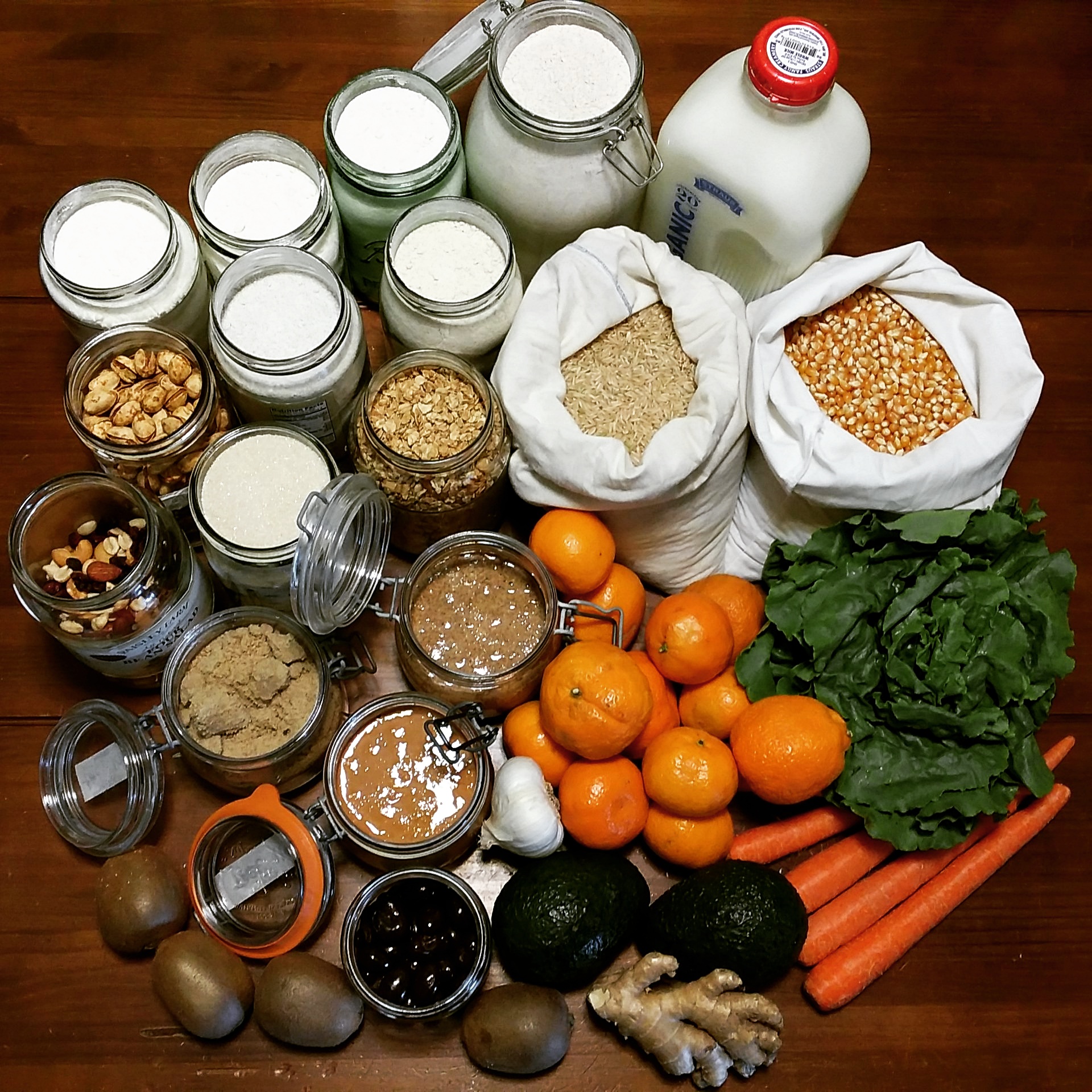 I live in an intentional community and I love it. In our community kitchen, volunteers cook vegetarian dinners four nights a week.We share stuff. We watch each other’s kids. We carpool. We know our neighbors’ names. Among these and many other benefits, living this way helps minimize our footprints. This is the real sharing economy, not Airbnb or Uber…

If you want to go hardcore zero-waste, move to a nudist colony. You’ll buy fewer clothes.

Clothing happened to be 75 percent off so they spent only about $12 on their new-to-them threads. Their dad (we separated in 2005—I may as well just tell it all…) does buy Charlotte new clothes sometimes but she has recently come to realize that for the same amount of money, she can get 12 tops at the thrift store or one at the mall.

I do buy some new clothes but rarely as I struggle to find clothing made from natural fibers and if I do, it costs a fortune. I wear the same size as my kids, so when they get tired of their clothes, I take them (if appropriate for a mom). I’m not sure if I call the clothes hand-me-downs or hand-me-ups. I also buy the odd thing from thrift shops. When clothes wear out, I donate them to Goodwill, or, if I can use them, toss them on the fabric pile to sew with later. In its previous life, the linen produce bag below was a pant leg with a drawstring.

My beauty routine consists of yoga for about 45 minutes most mornings.

I recently reverted back to bangs which revealed a wide shock of grey that I refuse to dye. I avoid putting anything down the drain that I won’t eat. Nasty chemicals aside, I’m too lazy for the upkeep. I rarely wear makeup. I have some old powder and lipstick I wear about once every six months.

I had been washing my hair with baking soda (purchased in bulk) and rinsing with homemade vinegar but my hair started to look dry and bird-nest like. So I recently switched to a shampoo bar, which I follow with a kombucha vinegar rinse. Either vinegar will work, I just happen to have lots of kombucha vinegar right now.

For most of the minimal personal care products I use, I look to my pantry for ingredients to make them.

Face moisturizer: olive oil—with the pads of your fingers, pat it around your eyes and elsewhere

Mouthwash: I dislike the taste of vodka but homemade vodka mouthwash works like magic. Basically, steep spices in a jar of vodka for a month and shake the jar every few days or so. I don’t make or use this often but started some a couple of weeks ago. I added cloves, star anise and a cinnamon stick I broke in two. You’ll want to dilute this very concentrated stuff—let’s say 1/2 a teaspoon to 1/4 cup water. Swirl it around in your mouth. Spit if desired 😉

Toothpaste: I had been using homemade toothpaste made of coconut oil, baking soda, ideally bentonite clay and essential peppermint oil to make that clay more palatable. But my teeth are a bit messed up so my dentist gave me prescription toothpaste last week that’s in a plastic tube. Because I grind my teeth at night and clench my jaw, they keep breaking at the gum line, which damages the enamel. I took the Rx but I’ll also try to commit to oil pulling for my teeth. It’s worth a try. I’ve oil pulled a bit in the past but was not at all disciplined about it.

Dental floss: I use Eco-Dent dental floss, which unfortunately is synthetic but at least I can recycle the paper box.

As I said, I no longer wear makeup but MK does and she removes it with olive oil. About mascara she says, “It’s like chemical paint so you need a solvent to remove it” so she no longer wears it. She opts for eye shadow and eye liner.

Bathing: I wash my face and most body parts with water only. I use soap on the three spots that need it: underarms, feet, plumbing. Apryl Martinez from Plum Brilliance gave me the soap I’m currently using. It came packaged in minimal, compostable, recyclable wrapping. About that bit of packaging, let me just say I would rather support a small business that uses minimal packaging (that I don’t throw in landfill anyway) than buy naked soap from Whole Foods. Plus Apryl’s soap is much nicer (she did not pay me to write that…).

Being of French descent (i.e., hairy), I do shave my legs. I wish I didn’t care about my hairy legs (I sometimes can’t believe what I write on here…). Shaving presented a conundrum when I first went plastic-free. Throw-away razors and replacement cartridges generate so much waste. I bought a safety razor from Life Without Plastic, which requires real metal blades that you can recycle (store spent blades in a tin can until you have accumulated a bunch). I use just soap for shaving lubricant.

I also use the blades to score my sourdough bread (blades that have not touched my legs of course!). What a difference the blades made in my bread! 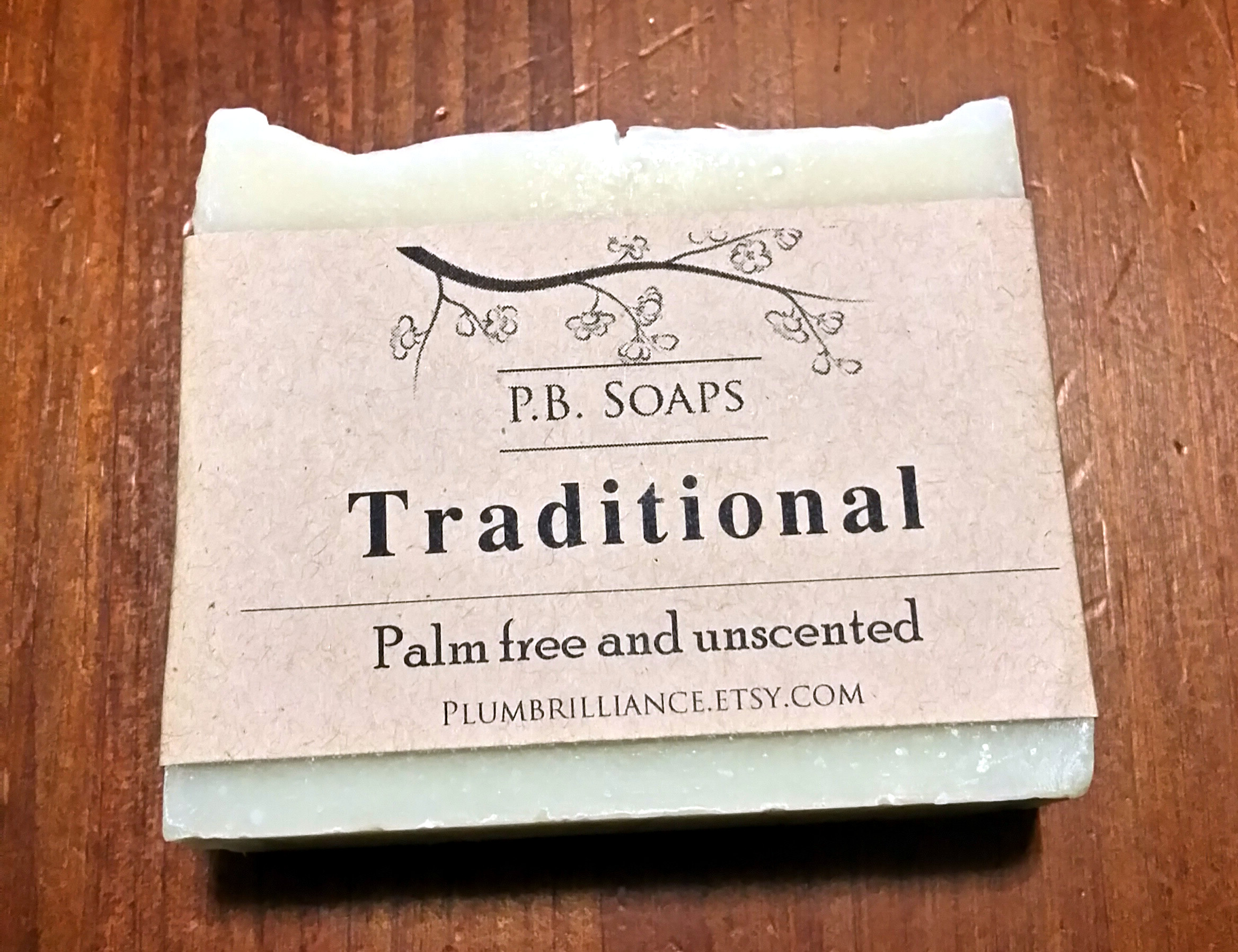 When I was pregnant with my youngest, I bought a bunch of flannel fabric, cut out receiving blankets and finished the edges on my serger. When Charlotte grew up, I cut these receiving blankets into pads and sewed a bunch of them. I made thick ones and panty-liners. I also use a silicon menstrual cup, which I find very convenient.

For laundry, I either use detergent I buy in bulk or homemade detergent (I use this recipe). I almost always dry our clothes on a dryer rack but last night we washed so many loads, they wouldn’t all fit so we used the dryer.

I do own a car and long for better public transportation here in Silicon Valley. I live in Mountain View near the Google garage that houses all the self-driving cars. I sound like the grumpy old woman I hope I do not become but I am not a fan. We need to ditch our cars and invest in mass public transit. You know what we used to call a self-driving car? A bus.

I ride my bike for most errands, like shopping at the farmer’s market.

Sadly, I didn’t go plastic-free until my kids were older but I was still fairly hippied-out. I breastfeed them and used cloth diapers. I cooked from scratch. I baked bread. I opted for durable toys that required no batteries and shopped at educational toy stores. Toys R Us carries a lot of landfill in transition, although we did shop there occasionally. We inherited toys from older cousins and sometimes bought them at yard sales. We also borrowed piles, piles and more piles of books and some movies from the library. We never hit toy lending libraries but that’s a brilliant option. I bought MK’s first ice skates second-hand when she was almost three (as a Canadian, I felt terribly guilty she started so late).

I work as a senior editor at a small publishing company so I require few materials, just my brain and my laptop. A client once called me “cute” for using pencils. For years, I have wanted a nice fountain pen (like the one I had in high school). One day. I do use some paper but recycle it. When my kids were younger, we often made paper using the paper in the recycling bins.

I work from home most days and even when I do work in the office, I dress extremely casually, which again, helps keep my wardrobe simple.

I avoid flying but do need to visit my octogenarian mother in Canada soon. I plan on camping lots this summer in an undisclosed location about four hours away from me by car. A perfect environmentalist would bike or walk but at least I won’t travel very far. We hope to bake sourdough bread over the campfire this year. We’ll see how that turns out. Zero-waste camping has sat on my to-blog list for a while. Eventually I’ll write that post.

Until I do, I’ll give you a trick:

Freeze huge blocks of ice a week or so before your camping trip. Simply pour water into a large stainless steel bowl and place that in the freezer. That giant block lasts a lot longer than the small cubes you buy in plastic bags. To remove the ice from the bowl, just set the bowl out on the counter and let it rest a few minutes to melt a bit. Then slip it out. Cheap ice! No plastic waste!

I did issue a TMI warning…

Aloe makes great zero-waste lube. However, I don’t know how it works with condoms (it is water-based, however, so won’t break down latex like oil does). Having had a tubal and being in a committed, monogamous relationship, I don’t use condoms. If you are a sexually active zero-waster in a different situation (non-monogamous, fertile), don’t be completely neurotic. Use condoms! One trip to the doctor over an STI scare can generate more waste than a whole box of condoms. And an unintended pregnancy? Let’s just not go there. I haven’t tried Sustain condoms but apparently they are compostable.

My daughter MK stays to live truly zero-waste, you must practice celibacy. My mother says no one should have sex outside of marriage and even when married, you probably shouldn’t enjoy it too much. 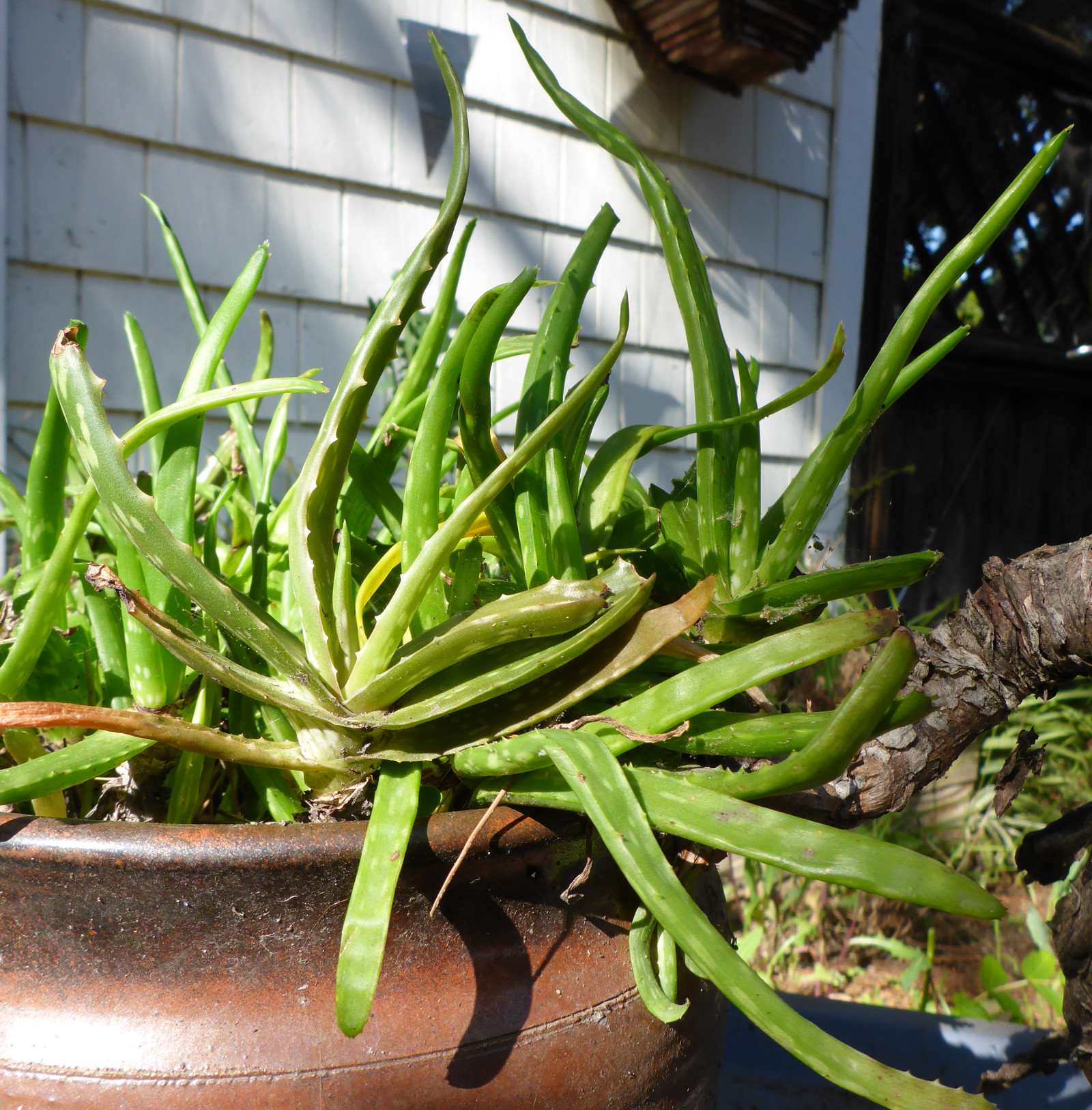