If kids grow up more in touch with the natural world, they will feel less inclined to destroy it as adults. While I wholeheartedly believe kids need to play outside in nature, they can also learn about entire ecosystems right in their kitchens, using only a handful of basic ingredients.

Any of the fermented recipes I have posted on my blog can serve as a good science lesson but I decided to start with sourdough, the homiest of foods and one that almost all kids will eat. This lesson covers only sourdough starter. If you and your student want to later bake bread, you can find the recipe here. 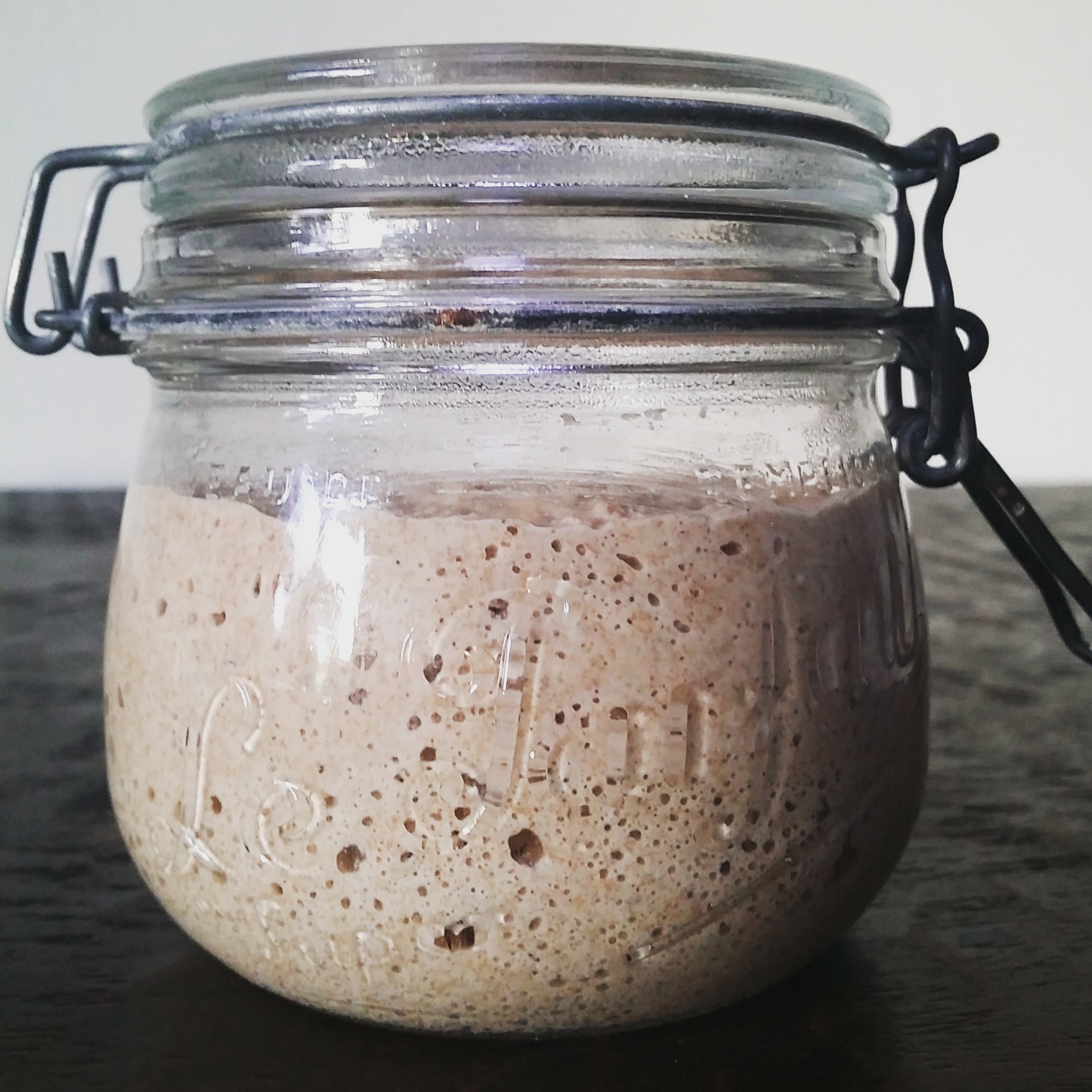 What your kids will learn

Bacterium (plural bacteria): Microscopic, single-celled organisms that live in soil and water and on plants, animals and other matter. Their purpose in life is to reproduce.

Ecosystem: All the living things in a given area. All things that live in an ecosystem are dependent on one another.

Microbes: A tiny living thing that can be seen only through a microscope, such as bacteria and yeast.

Symbiosis: A mutually beneficial and dependent relationship between two groups.

Yeast: Another class of microscopic, single-celled organisms (fungi) which, like bacteria, live everywhere.

The starter should be ready for baking within a couple of weeks, with very little active work done to it.

What is a sourdough starter?

About 6,000 years ago in Egypt, someone baked the first loaf of bread. They likely noticed a neglected mixture of flour and water had sprung to life, bubbling away in a corner somewhere. That accidental starter would have made the first loaf rise. For thousands of years, bread was made with this kind of wild yeast.

1. In a glass or ceramic container, mix 50ml warm water (about 110 degrees) with 50 grams flour (approximately 1/3 cup if you don’t have a scale). Your mixture will resemble thick pancake batter. Cover your container securely with your breathable cloth. Leave your container out on the kitchen counter.

2. Stir your starter several times a day. Depending on your kitchen environment, the starter should start to bubble within 3 to 7 days. At this point, begin to feed it daily.

3. To feed your starter, in a separate container, mix together another 50ml warm water with 50 grams flour. Stir in 1 to 1 1/2 tablespoons of the bubbling starter. This is your new starter. The previous one is discard. TIP: Store your discard in the refrigerator until ready to use for making crackers, pancakes, waffles, or tortillas.

4. Continue to feed the starter daily. After approximately 5 days of feedings, it should begin to double in size after feeding and fall back to its original size. This process will take several hours. It will also smell yeasty, slightly fruity and slightly acidic. When you notice these characteristics, the starter is ready to leaven bread dough. Be patient. Your kitchen may be cold and your starter may take longer to show these signs of life.

5. Once your starter is ready for use, you can either leave it out on the counter and feed it daily, or store it in the refrigerator and take it out once a week to feed it.

You may also want to check out my stick figure sourdough starter instructions here.

The science behind sourdough