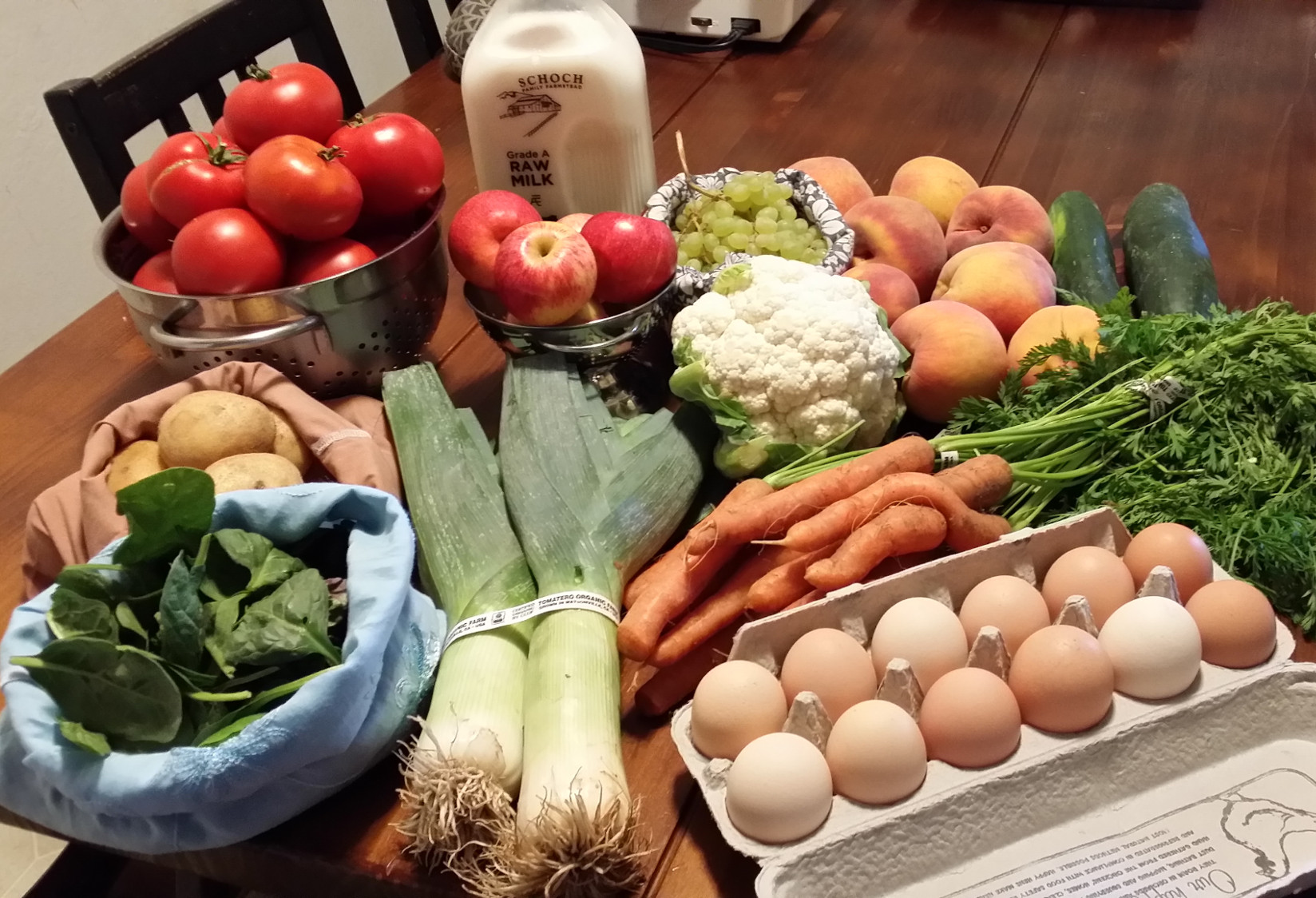 Did you make new year’s resolutions? What do they entail? Weight loss? Better money management? Improved health? A reduced carbon footprint? The following 7 food resolutions have you covered.

1. Eat real food you cook yourself and avoid fad diets. If you cook everything from scratch, you can pretty much eat whatever you like (unless you make only cookie dough ice cream and homemade plum wine). With all the ferments I eat, my diet may seem like a fad to some. Sixty or 70 years ago however, when organic food was simply called food, my diet would have been considered normal. I eat pretty traditional fare, including sourdough bread, fermented vegetables, grass-fed beef, free-range chicken, pastured butter, raw milk (but not exclusively raw) and so on.

2. Cut the processed food. When I went (nearly) plastic-free in 2011, I quickly realized that I had stopped eating processed food. By cutting the plastic, I inadvertently cleaned up my diet. My older daughter lost her extra pounds (I am naturally scrawny, so I’m not sure if I lost weight or not), we started eating better and, although I haven’t done the math, I’m pretty sure I spend less on food than I used to, even though I buy quite expensive ingredients.

3. Eat at mealtimes. By cutting the processed food, I also inadvertently stopped snacking. If you’re like me, you don’t have time to make from scratch all the snacks you used to buy at the store (although I do bake sourdough crackers at least once a week). Your cupboards don’t burst with snacks. You snack less.

4. Shop at the farmer’s market. The food tastes better and you support your community. Because your local small farmer has recently picked the food, it retains more nutritional value than the produce that travels 1000 miles on a truck (after being picked unripe and gassed), sits in a warehouse and then ships to your supermarket. Okay, farmer’s market produce will generally cost more money than food from, say, Walmart. These resolutions are a package deal (i.e., you’ll save money overall). However, when you buy produce in season (that’s all you’ll find at the farmer’s market), it does cost less than out-of-season produce.

5. Take all you want, but eat all you take. In the United States, we waste 40 percent of the food we grow. That squanders precious resources, such as the water to grow the food, the oil to run the tractors and the labor to plant and harvest the food. When all that wasted food starts to rot, it releases methane gas, a greenhouse gas much more potent than carbon dioxide. When I have excess vegetables, I make soup or vegetable broth, or I ferment them (see #7).

6. Eat ugly fruit and vegetables. Some of the 40 percent of the food we waste in this country never actually makes it to the store. Why? Because most grocery stores reject ugly produce—kinky carrots, oblong apples, misshapen potatoes. But people have begun to rediscover that produce that doesn’t fit into the supermarket image of ideal beauty tastes just fine—and costs less. EndFoodWaste.org has recently compiled an international list of stores that offer ugly fruit and vegetables.

7. Learn to ferment food. Since I cleaned up my diet in 2011 and started eating more fermented food (I eat at least one fermented food every day), I simply do not get sick. It’s been over three years since I had so much as the sniffles. Filled with gut-friendly probiotics, fermented foods (sauerkraut, kimchee, pickles, kombucha, yogurt, kefir, etc.) boost your immunity. They aid in digestion. They make nutrients more bioavailable for your body. By fermenting foods myself, I save a ton of money. 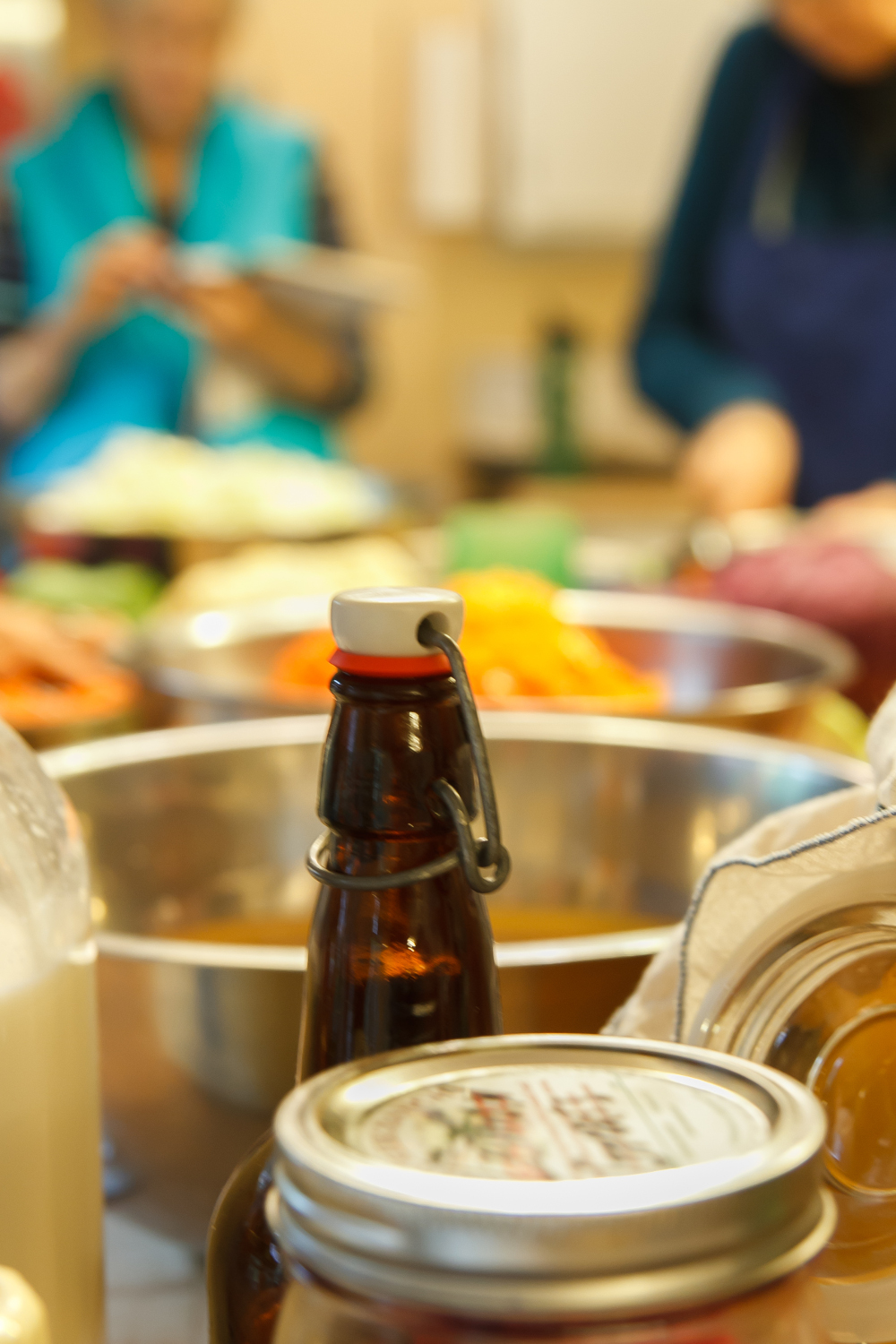 The last time I made new year’s resolutions, I broke at least one by 10am on January 1st. They were all “don’ts”: don’t do this, cut out that, deprive myself of whatever. These resolutions focus more on gains rather than sacrifices. I don’t feel I have denied myself anything by adopting these habits. In fact, they have enriched my life.