For the last few weeks, after I’ve returned home from the farmers’ market, I’ve roasted lots of vegetables such as potatoes, eggplant, peppers, onions, zucchini and fennel—but not all together. My daughter and I love them. I will slice up a fennel bulb, roast it with olive oil and a bit of salt and gobble the entire thing up myself (sorry daughter…at least I bought three bulbs on Sunday).

This week, the vendor I buy my fennel from told me that no one wants the stalks (the stuff that looks like celery) and fronds (the wispy herb-like parts) so I grabbed a bulb with them, in addition to my two without. I told her that I would challenge myself this week to cook something tasty and simple with the whole fennel. She asked me to let her know her next week what I make.

My initial thought was to make potato-fennel soup, following the recipe I use for potato-leek soup but swapping out the leek for the fennel. Then I took to Instagram and asked people for their ideas to use up fennel stalks and fronds. I received a pile of replies. Instagrammers love fennel! 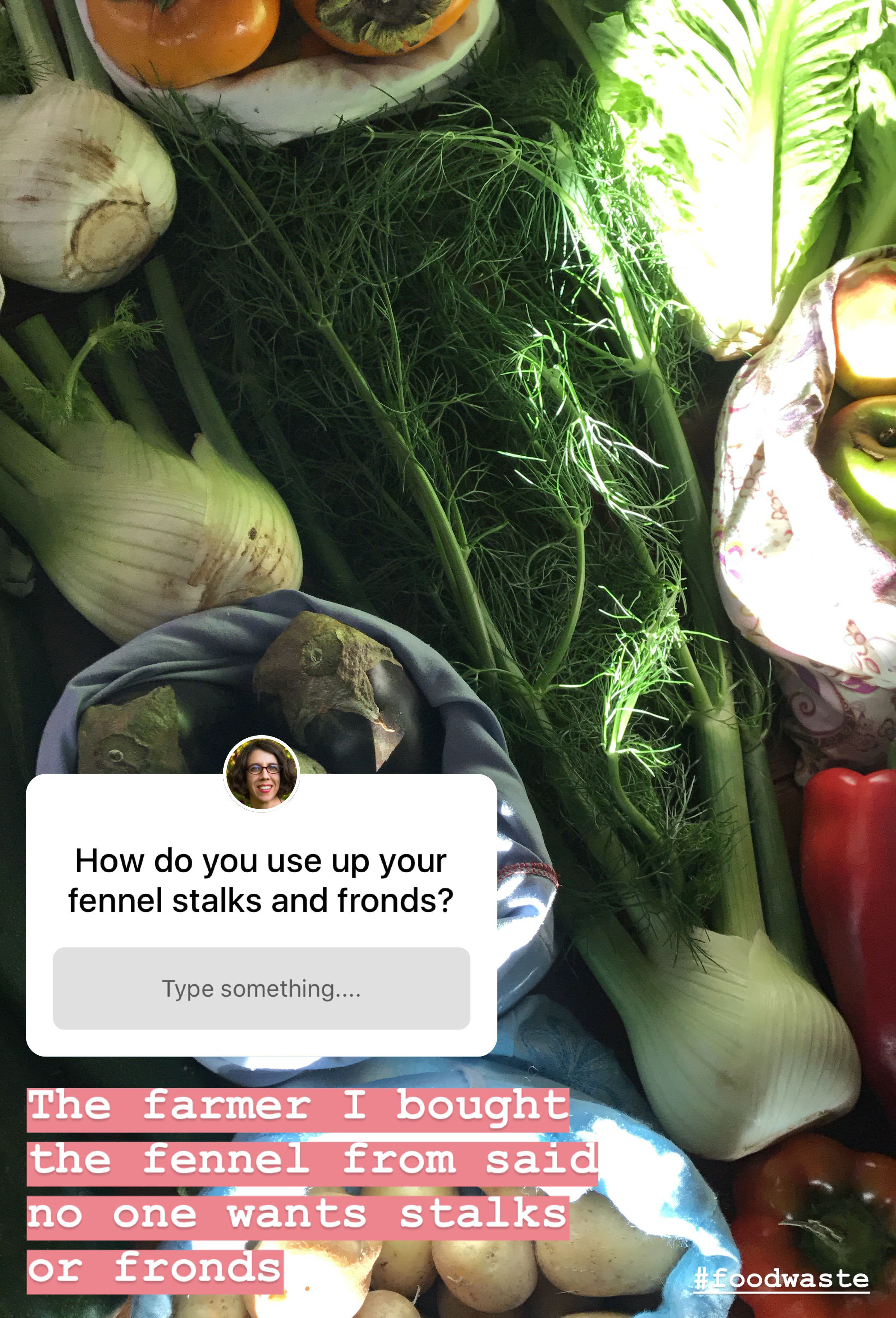 A condensed list of ideas for fennel stalks and fronds

These aren’t even half the responses. I’ve included a handful of links to recipes I found online for some of these ideas. I haven’t tried these recipes myself—I’m simply trying to save you some time searching—but I chose the ones that I thought looked best.

I should have bought more fennel! And those aren’t all of the responses! Thank you to my IG peeps for all of your brilliant ideas to use up fennel stalks and fronds and reduce this particular type of food waste. I will relay them to the farmer next week.

A 100 percent return on your money

10 Replies to “How to Invest in (Fennel) Stalks and Fronds”