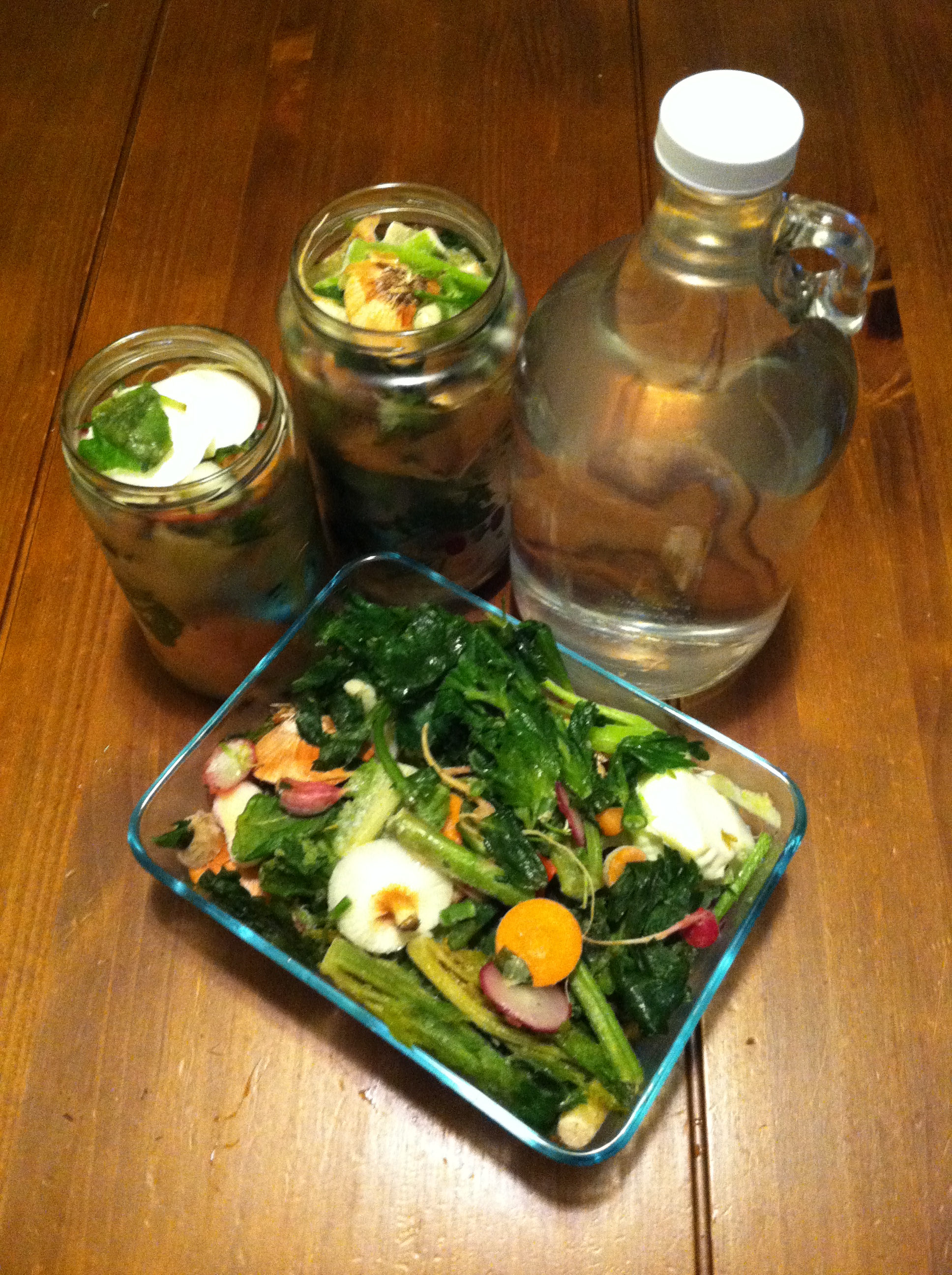 I love to make soups, but I hate to buy broth for several reasons:

So, I make my own broths. This post features vegetable broth. Click here for my bone broth recipe.

My vegetable broth recipe cuts down on waste on two fronts—the packaging and the ingredients. Throughout the weeks, as I prep my vegetables, I throw very little into my compost bucket. Instead, I save celery tops, carrot ends (not the leafy green parts—they may lend a bitter flavor), the ends of onions, cauliflower cores, garlic cloves that have begun to dry out, the ends of green beans, tomato cores, broccoli that has seen better days and so on. I collect these bits in glass jars and containers and freeze them. As I collect more scraps, they go into the jars. Once I have amassed at least a few jars’ worth, I make broth using the following recipe. 1. Throw the scraps into a large pot and add water. I don’t completely cover the scraps with water because after you cook them for a few minutes, they shrink down and become immersed in liquid. 2. Simmer the scraps for about half an hour. You can add salt now but I prefer to make this unsalted and add the salt later to whatever I decide to cook. 3. Strain the scraps. I set a metal colander inside a metal bowl and dump everything into the colander. Lift out the colander and reserve the scraps for the compost pile. 4. Pour the broth into jars. I have a handy funnel with a strainer in it but it doesn’t catch the super fine particles. You can also use cheesecloth. There you have it. Two jars of tasty, healthier-than-store-bought broth that, aside from my time, cost me nothing to make. I threw nothing into the trash, and even these food scraps didn’t go to waste.

I’ll probably use some of my broth for this Alton Brown baked bean recipe and for creamy vegetable soup.