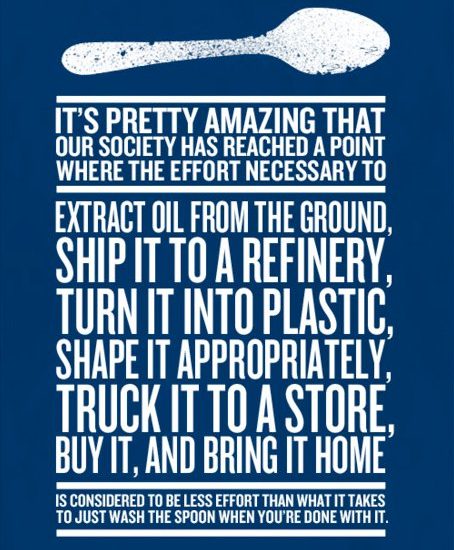 A woman rides her bike to the farmers’ market to buy locally grown fresh fruit and vegetables. After carefully selecting some apples, oranges, avocados, potatoes and kale, all grown on small farms without the use of synthetic pesticides, she places them in her homemade cloth produce bags. Before she hops back on her bike, she has a drink of water from a fountain (her city still provides these).

When the woman returns to her 900 square-foot home, she eats a bowl of leftover homemade soup for lunch, after which she brews a cup of looseleaf tea and gets to work prepping some of her vegetables for roasting. She cooks the beans that she had begun to soak early that morning and feeds her sourdough starter that she’ll use to make bread dough that evening.

Apparently, she is extreme.

My type of lifestyle made front page news in the San Jose Mercury News this summer. When I picked up a copy of the paper at the store and stood in line to pay (wearing the same shirt as I had worn in the front-page picture), the customer in front of me turned around, looked down at the paper and swatted it with her hand dismissively. She looked at me and said, “Oh that woman is so extreme. I read the whole article. I commend her but she is so extreme.” I gasped, covered my mouth with both hands and burst out laughing. She then asked, “Oh is that you?”

I find it extreme that our consumer culture has reeled so far off the rails that someone who leads a simple lifestyle appears extreme when compared to the norm. Not that long ago, we all lived without plastic, ate unrefined foods, dwelled in small homes and made do. Today, these are acts of defiance. 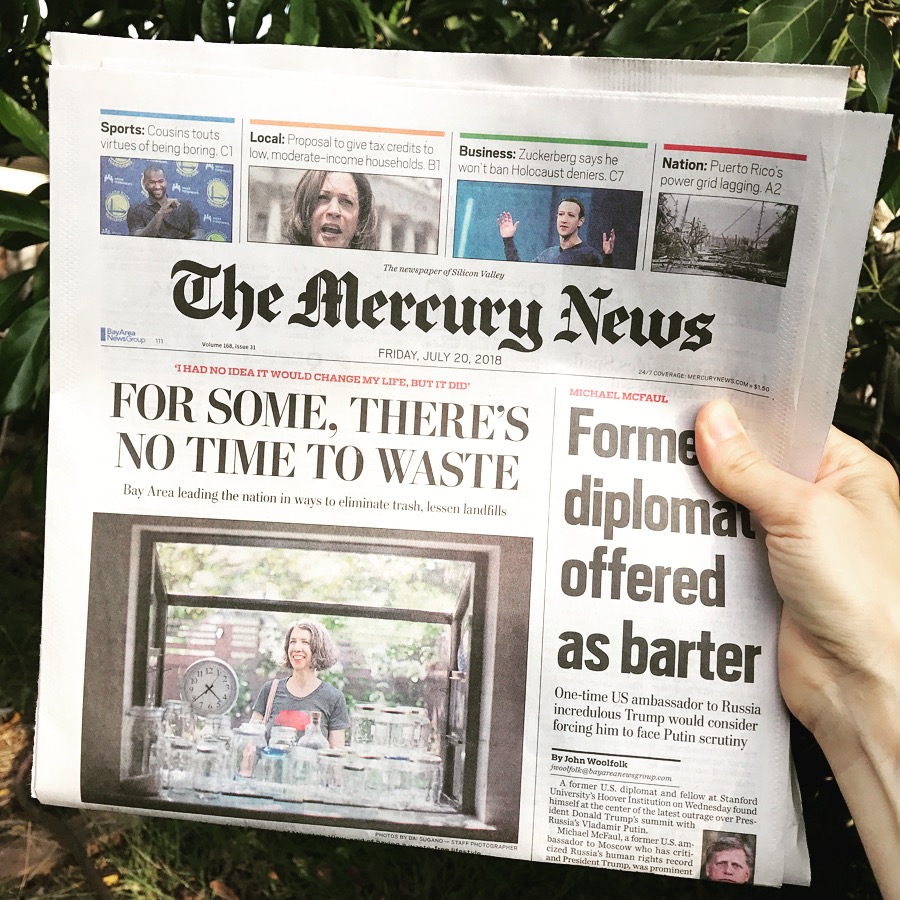 What is actually extreme

While our insatiable desire to buy more and more stuff plagues us year round, Black Friday epitomizes our consumer madness. Just now I searched for “black friday deaths” and pages popped up such as “Arkansas worst in nation for Black Friday violence, study says.” Worst in nation? There are rankings? “Black Friday Death Count” is another (we’re up to 10 since 2008).

After over 20 years, Buy Nothing Day has become the new Black Friday. Stay home. Eat pie. Make something. Be extreme.

Making every damn thing possible out of plastic

Plastic has infiltrated our oceans, our air, our water, our food and, yes, our poop. You’ve probably seen the meme below that exposes the absurdity of single-use plastic. It has floated around the Internet for many years now.

According to the CDC, 39.8 percent of adult Americans—93.3 million—were obese in 2015–2016. Obesity increases the risk of premature death from preventable diseases such as heart disease, stroke, type 2 diabetes and certain cancers. In 2008, obesity cost the United States $147 billion in medical costs. And obesity affects certain groups, such as people of color, more than others.

The robber baron tech gods love this. Colonizing Mars sounds way sexier than flying less and eating more vegetables. Those solutions may not capture the imagination the way interplanetary emigration does but they would make a difference in combating climate change. And as for Mars, only the select few would actually flee the planet, leaving the rest of us down here to devolve into The Handmaid’s Tale.

My daughter Charlotte and I both enjoyed the movie Interstellar (I’ve watched it several times) but when I mentioned this blog post to Charlotte today, she said that she was really annoyed by the way the movie depicted the people who wanted to stay on Earth as the crazies, while the people who did move to a new world basically recreated the society that destroyed the previous one.

Sacrificing all living things on the altar of economic growth

The Camp Fire in California, the deadliest fire in the state’s history, has raged since November 8th, burned over 150,000 acres, incinerated the town of Paradise with a population of 27,000, killed 83 at last count (with over 500 still missing), displaced tens of thousands and destroyed over 14,000 homes. (Go here to find out how you can provide free temporary housing to victims through Airbnb.)

I live 200 miles south of the fires in the densely populated Bay Area—a safe distance from the flames but not the smoke. After the smoke blew down and settled over us, our air quality plummeted and remained unhealthy for over a week. Schools closed. Sporting events were cancelled. The San Francisco cable cars stopped running. Many of us wore masks while outside—if we had bought them before every store in the area quickly sold out.

Drought coupled with higher temperatures—both results of climate change—will make these mega-fires more common. But as our life support systems break down, industry and its bought-and-paid-for politicians would prefer we succumb to our doom rather than overhaul our fossil fuel-based, growth-at-all costs economic system.

Overhauling that system isn’t extreme. Accepting the end of civilization is.

Gross National Product counts air pollution and cigarette advertising, and ambulances to clear our highways of carnage. It counts special locks for our doors and the jails for the people who break them. It counts the destruction of the redwood and the loss of our natural wonder in chaotic sprawl. . . . Yet the gross national product does not allow for the health of our children, the quality of their education or the joy of their play. It does not include the beauty of our poetry or the strength of our marriages, the intelligence of our public debate or the integrity of our public officials. It measures neither our wit nor our courage, neither our wisdom nor our learning, neither our compassion nor our devotion to our country. It measures everything, in short, except that which makes life worthwhile. And it can tell us everything about America except why we are proud that we are Americans.” — Robert F. Kennedy

So go ahead and call me extreme.

35 Replies to “I’m not Extreme, Consumerism Is”