Homemade pumpkin purée tastes so much better than store-bought. For several years now, I had been roasting small whole pumpkins to make purée. That works well. Basically, you stab the pumpkin a few times around the top, roast it for about 45 minutes and purée the flesh. You can read a post about that here. However you cook your pumpkin, save the seeds and roast them for a tasty, seasonal treat. Go here for the pumpkin seed recipe.

Today I cooked a whole pumpkin in my pressure cooker in a mere 8 minutes. Life-changing.

1. Scrub the outside of a sugar pie pumpkin.

2. Into a pressure cooker, place a pumpkin and pour about 2 inches of water.

4. After the pumpkin has cooled somewhat, halve it, peel it and purée it.

And here’s the longer version 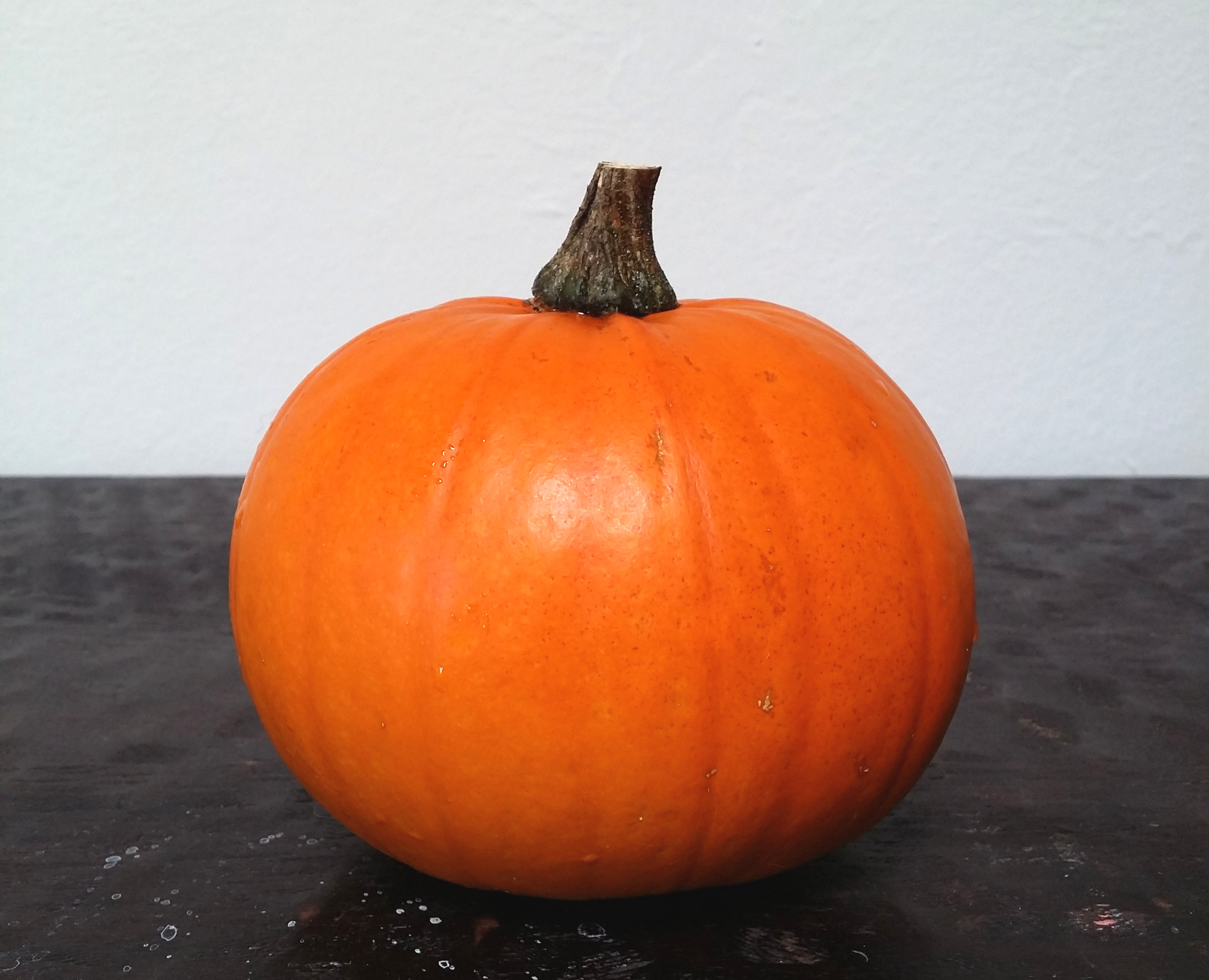 I bought a couple of organic sugar pie pumpkins at the farmer’s market last week. They each weighed about three pounds. 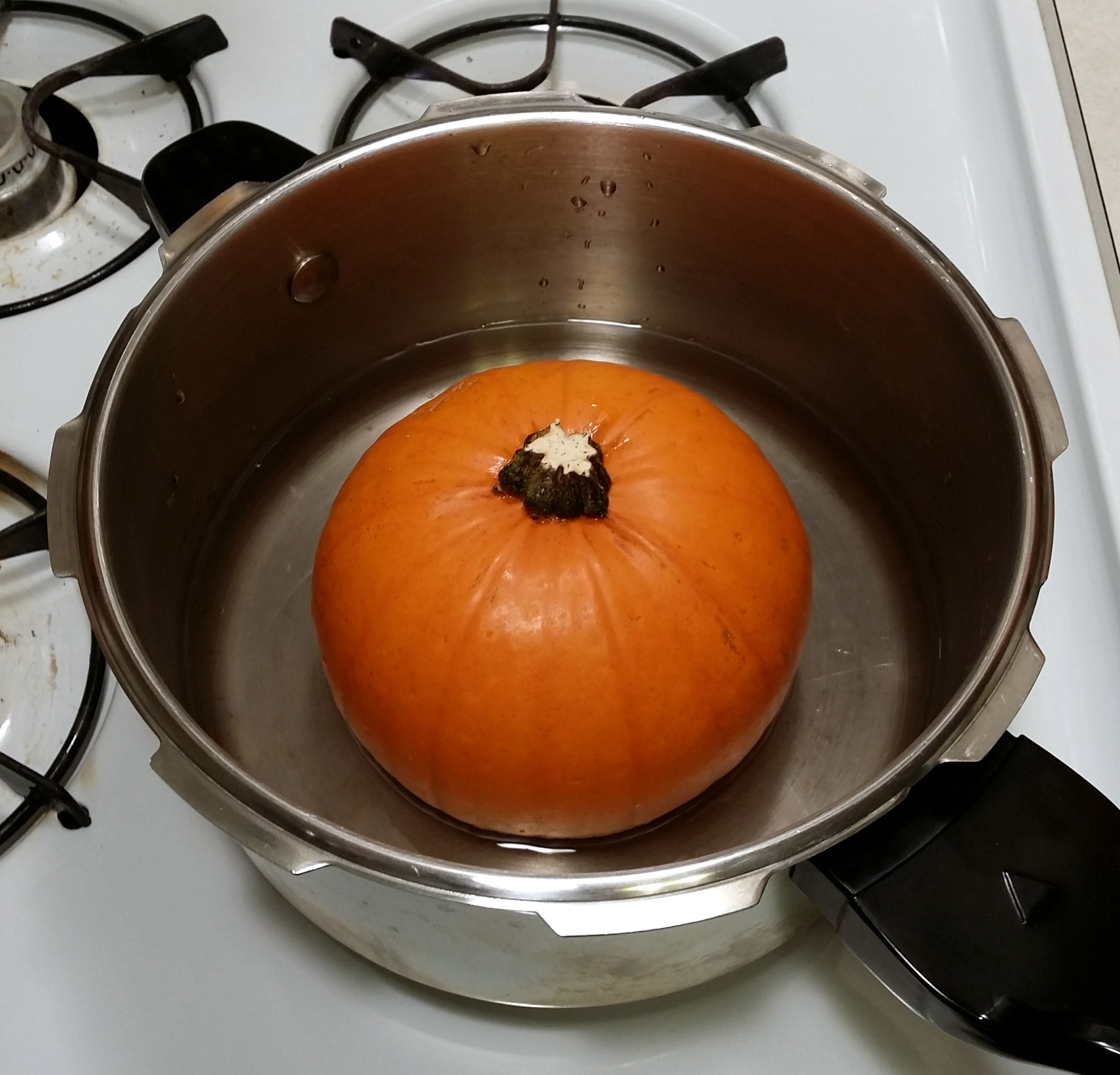 I scrubbed one of the pumpkins, plopped it into my pressure cooker and poured in water. I didn’t even bother to stab the pumpkin. Initially I couldn’t get the lid on the pressure cooker—the pumpkin stem stuck out taller than the pot so I trimmed that off. I replaced the lid, turned on the heat and once the regulator (the heavy weight on the top of the pressure cooker lid) started swaying, set my timer for 8 minutes. 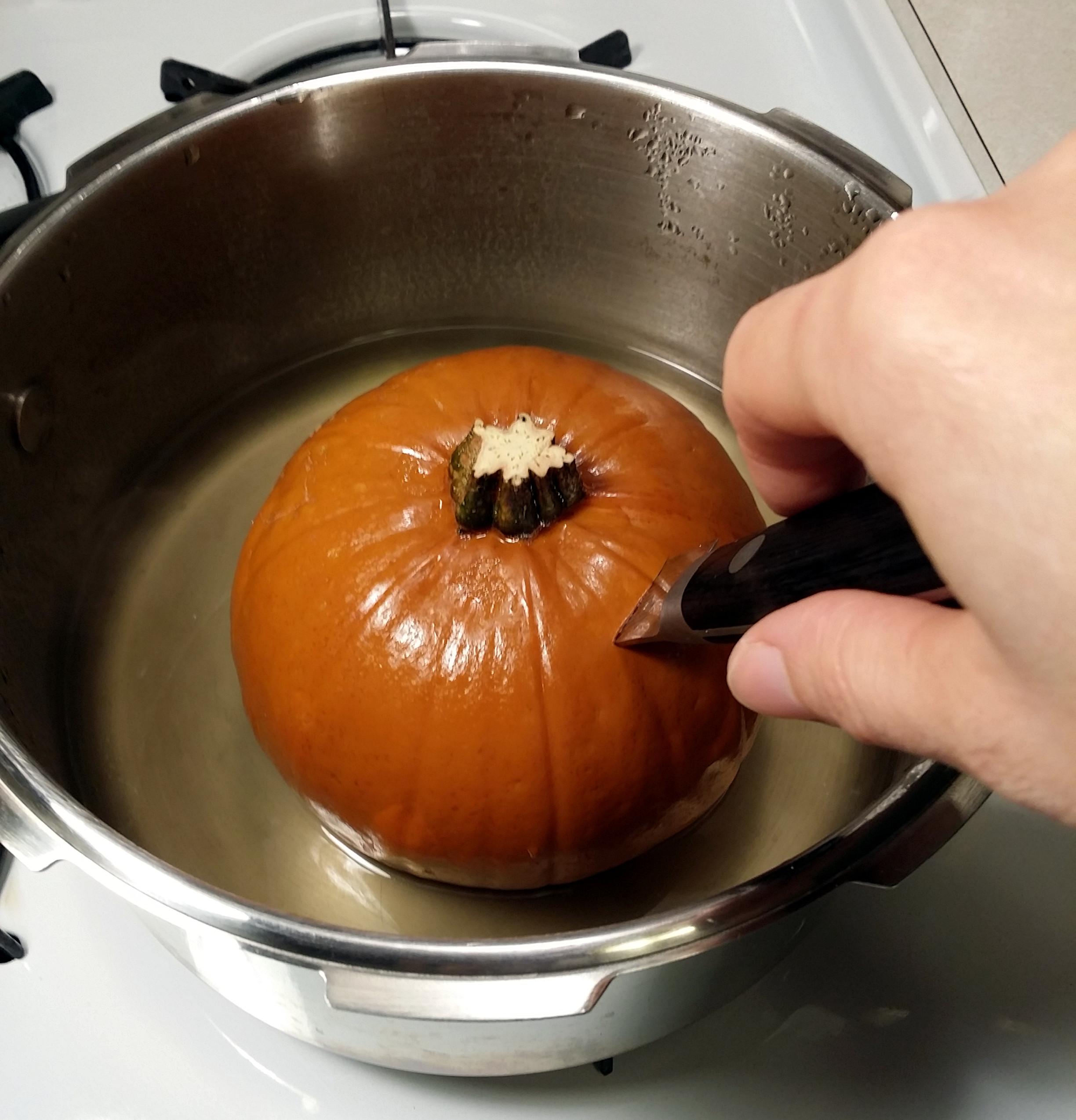 When I could safely remove the pressure cooker lid (after the pressure valves sank back down into the lid of my cooker), I checked my pumpkin. I could tell simply by looking at it that it was cooked (the skin had wrinkled all over) but stuck a knife into it just to be sure. The knife slid in easily. 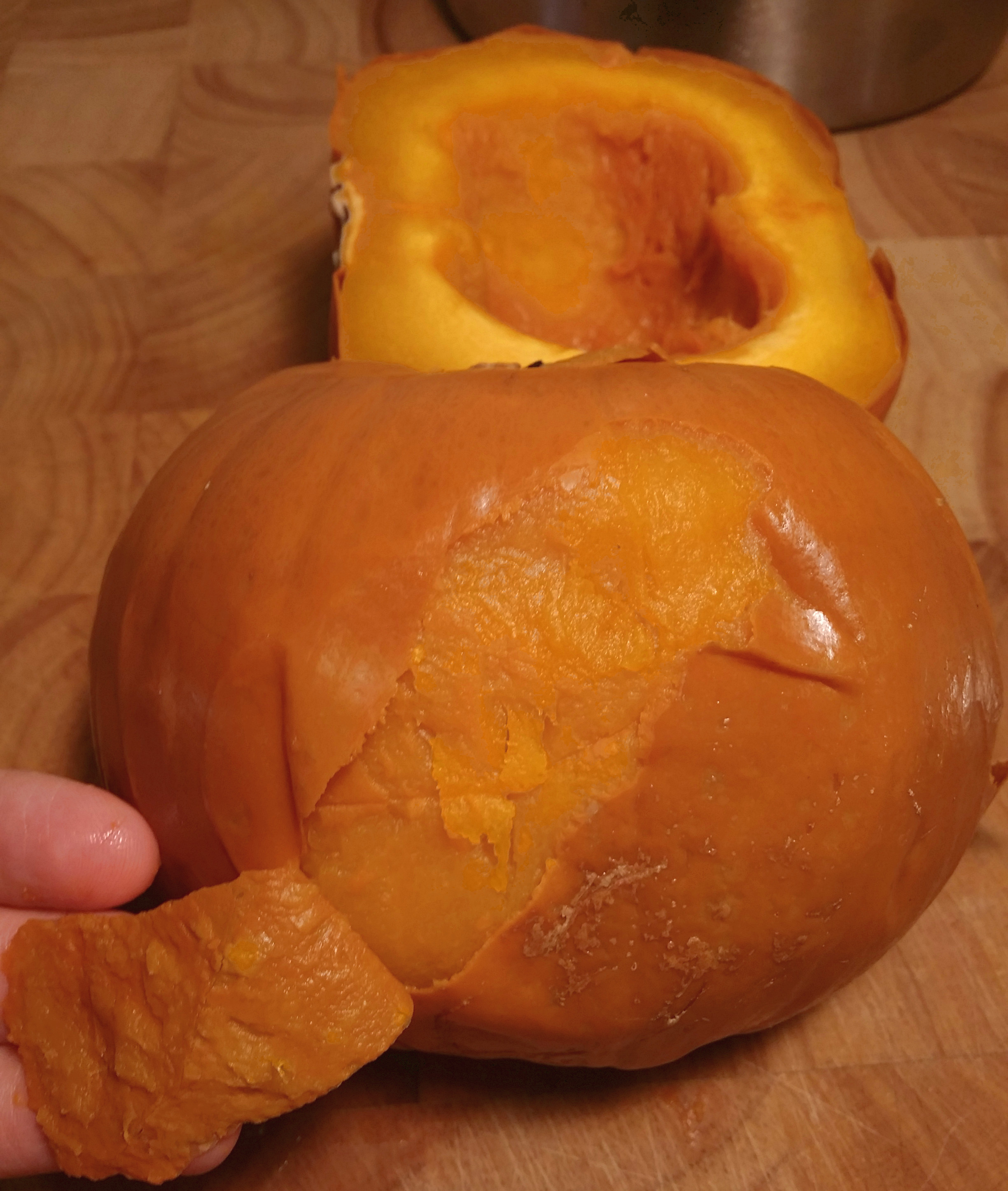 After my pumpkin cooled a bit, I cut it in half and scooped out the seeds. I’ll roast those later. I then peeled the pumpkin halves. Most of the skin peeled right off. 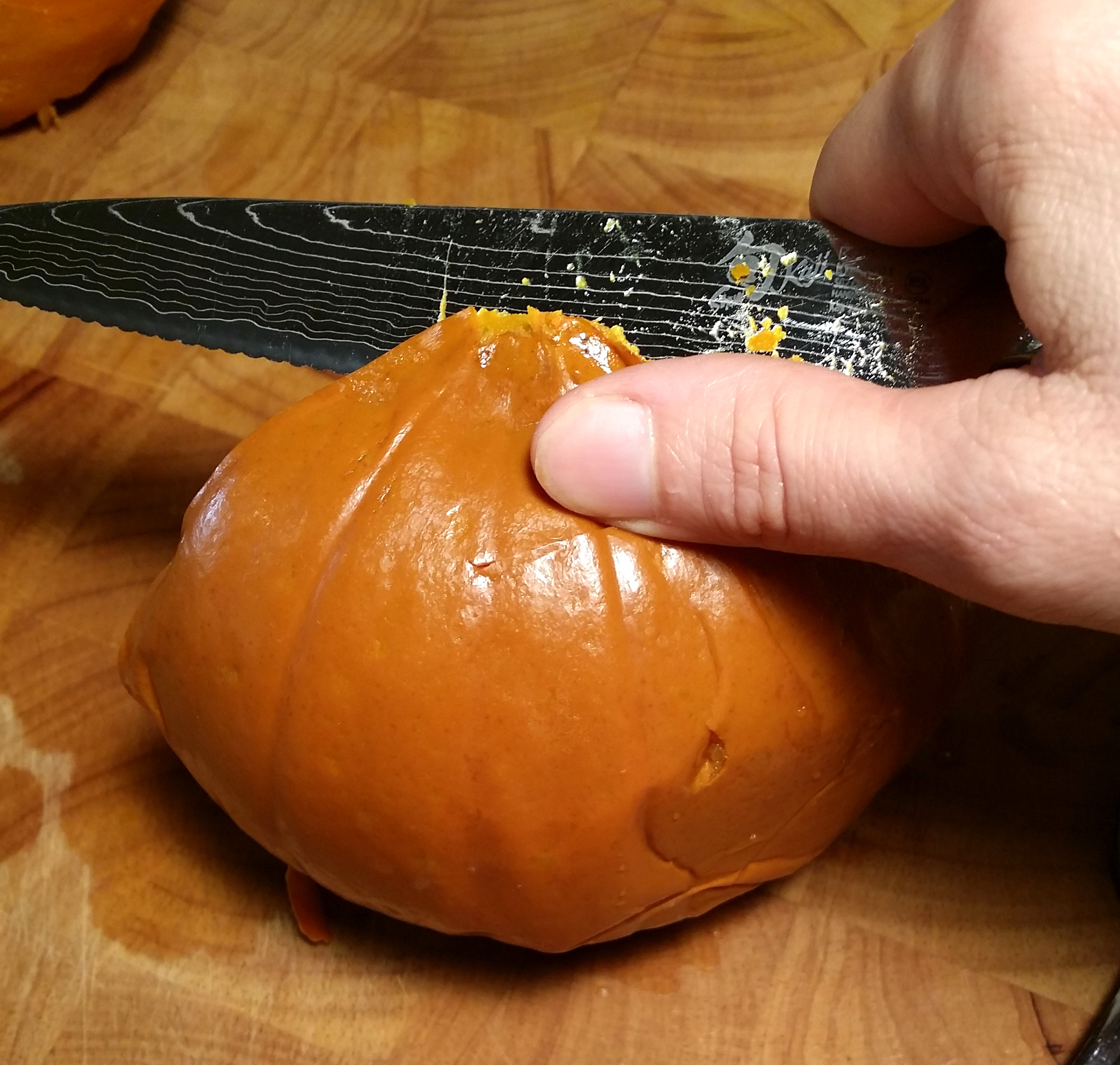 A knife made peeling off some sections of skin easier. 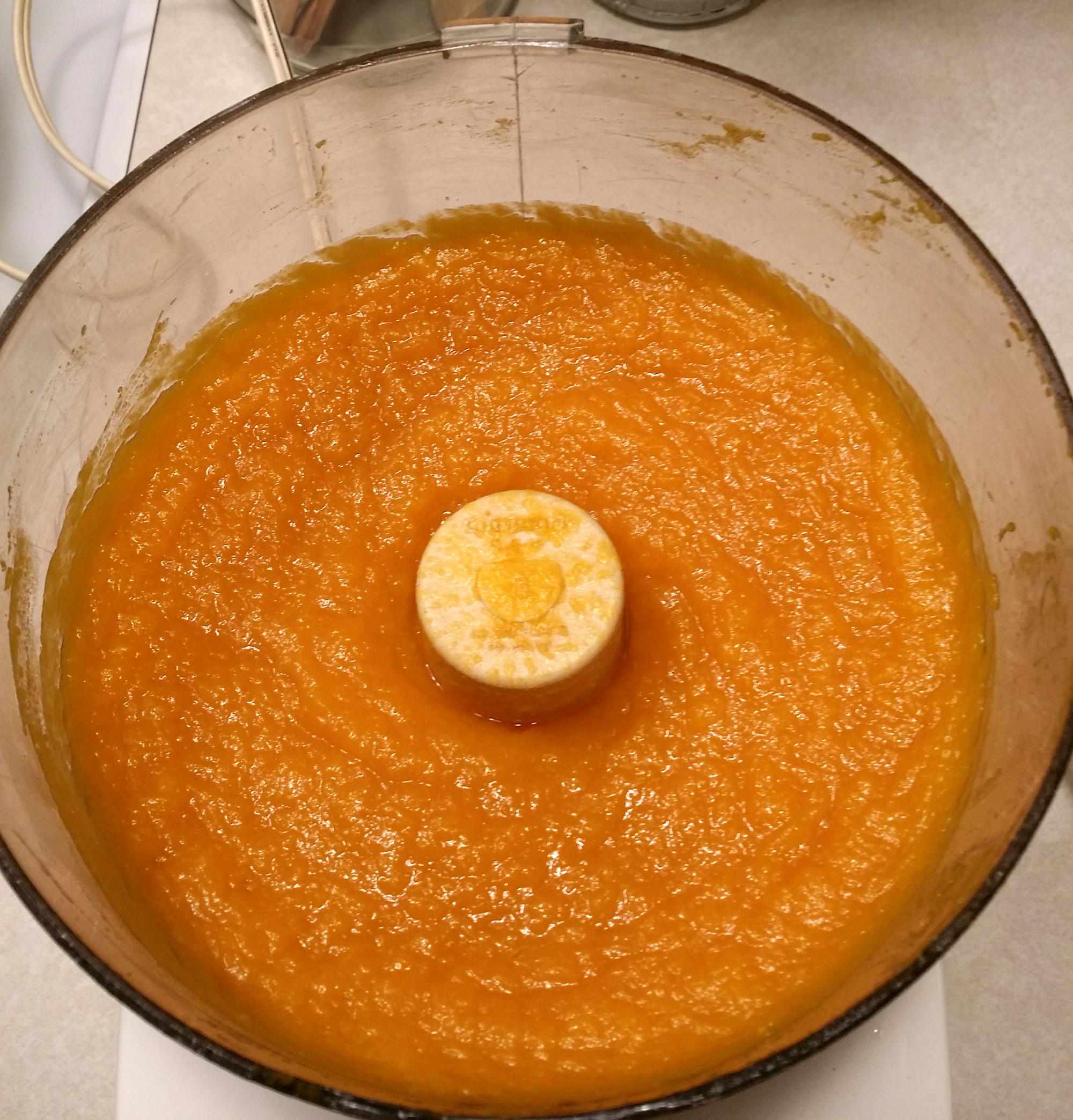 I cut each half into three or four smaller pieces and ran them through my food processor. After I puréed my pumpkin, I remembered I usually use a food mill to purée pumpkin. Oops. The food processor worked well though. 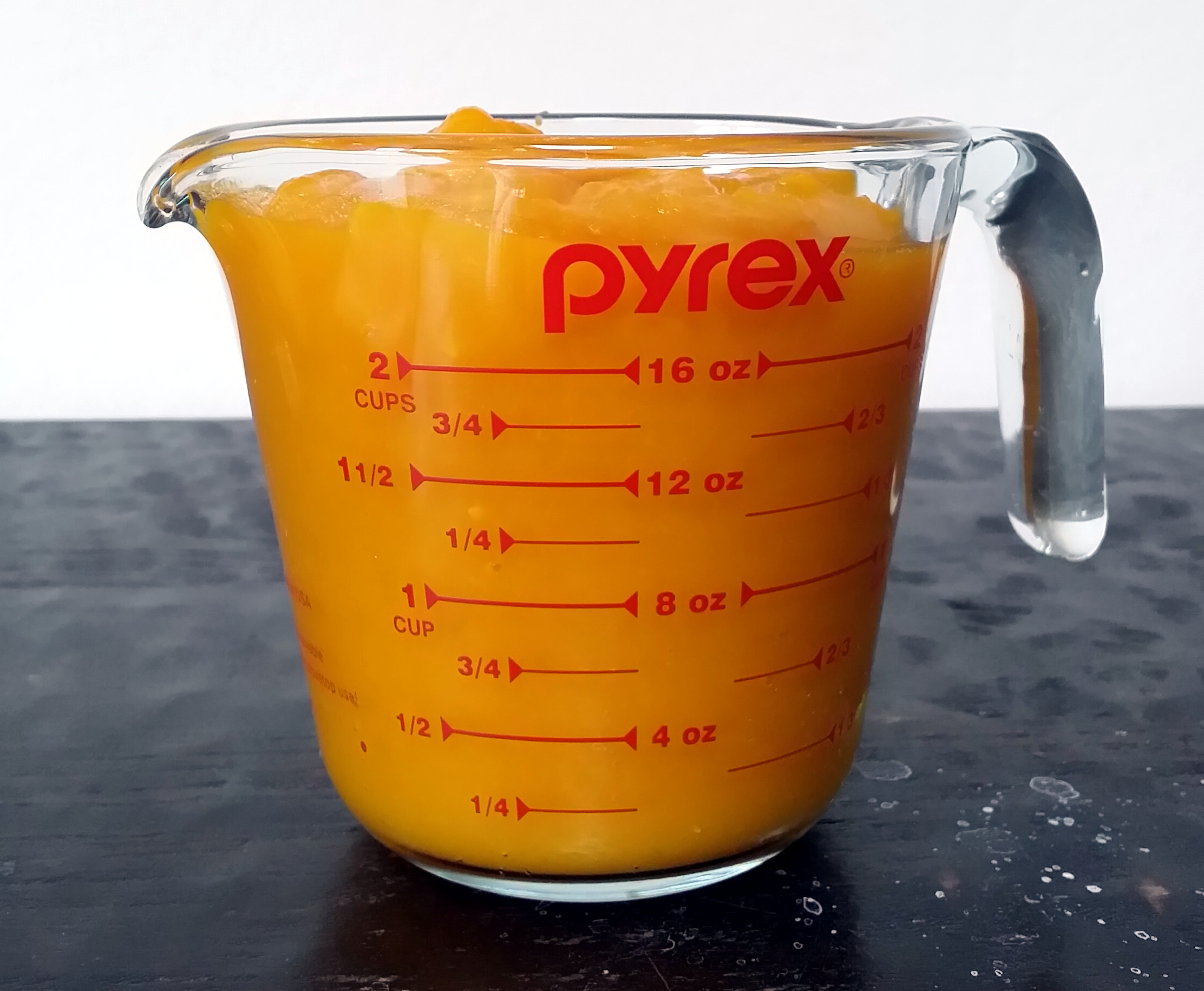 One pumpkin rendered about 2 1/2 cups of pumpkin purée, over 1/2 cup more than a 15-ounce can. The purée is ready for this very fresh pumpkin pie recipe.