I was raised in a devout Catholic household, although we kids could skip mass if we felt sick enough to warrant a trip to the ER. I attended Catholic school from kindergarten all the way through the end of high school (I did love my kilt). We knelt around the living room regularly to say the rosary together. (My 85-year old slacker mother still says it daily but today sits to pray.) We wore scapulars.

Today, environmentalism is my religion. My version has a bit of the strict Catholic OCD strain to it that I find doable and familiar, and also the Buddhist idea of non-attachment, which appeals to me. Do I really need all of this stuff? That’s really simplifying the philosophy of non-attachment, and I don’t feel like I deny myself anything, but I have renounced a lot of stuff—and am much happier for it. (Read more about how I’m not missing out on anything here.)

All religions have some sort of rules or guidelines to help steer the flock along the path. I’ve come up with some for zero waste. Break any of these as you see fit. You won’t burn in the fires of hell for all eternity. My religion has no need for hell because, well, just read the news on any given day lately.

1. You will start small

Don’t feel you should—or necessarily can if you wanted to—go plastic-free and zero-waste all at once. In fact, I would recommend against that. If you try to rid your life of plastic overnight and you go cold turkey, you may soon feel overwhelmed and quit. You’ll need some time to adjust to your new routine—where to shop, what to buy, what to eat, where to find bathroom tissue not wrapped in plastic…

Think or your new routine like starting a diet. If you restrict yourself to 500 calories a day, you set yourself up for failure. You’ll sneak out in the middle of the night for the McDonald’s drive thru and scarf down two Big Macs, one large fry and a Coke, all the while riddled with guilt. I have written a few posts on getting started here, here and here.

2. You will ask yourself if you really need something before you buy it

I read some great advice in this recent article by Ann Patchett in the New York Times on her year of buying nothing:

If you want something, wait awhile. Chances are the feeling will pass.

And if the feeling doesn’t pass, often what you need simply turns up. It’s that whole ask the Universe thing. Just last week, I needed a crate. The restaurant my daughter worked in last summer has no use for the beautiful, giant jars they go through so they generously agreed to save them for me. I told the owner I would bring a crate to the restaurant for collecting them in. Now I needed a crate.

I really didn’t want to buy a crate—especially a new plastic crate. I avoid buying new plastic. I didn’t have time to check the thrift shop before I needed to drop off said crate. I mentioned my dilemma to my neighbor. She immediately pulled a crate out of her storage shed and handed it to me. It probably helped that I was dropping off half a loaf of sourdough bread, still warm from the oven. 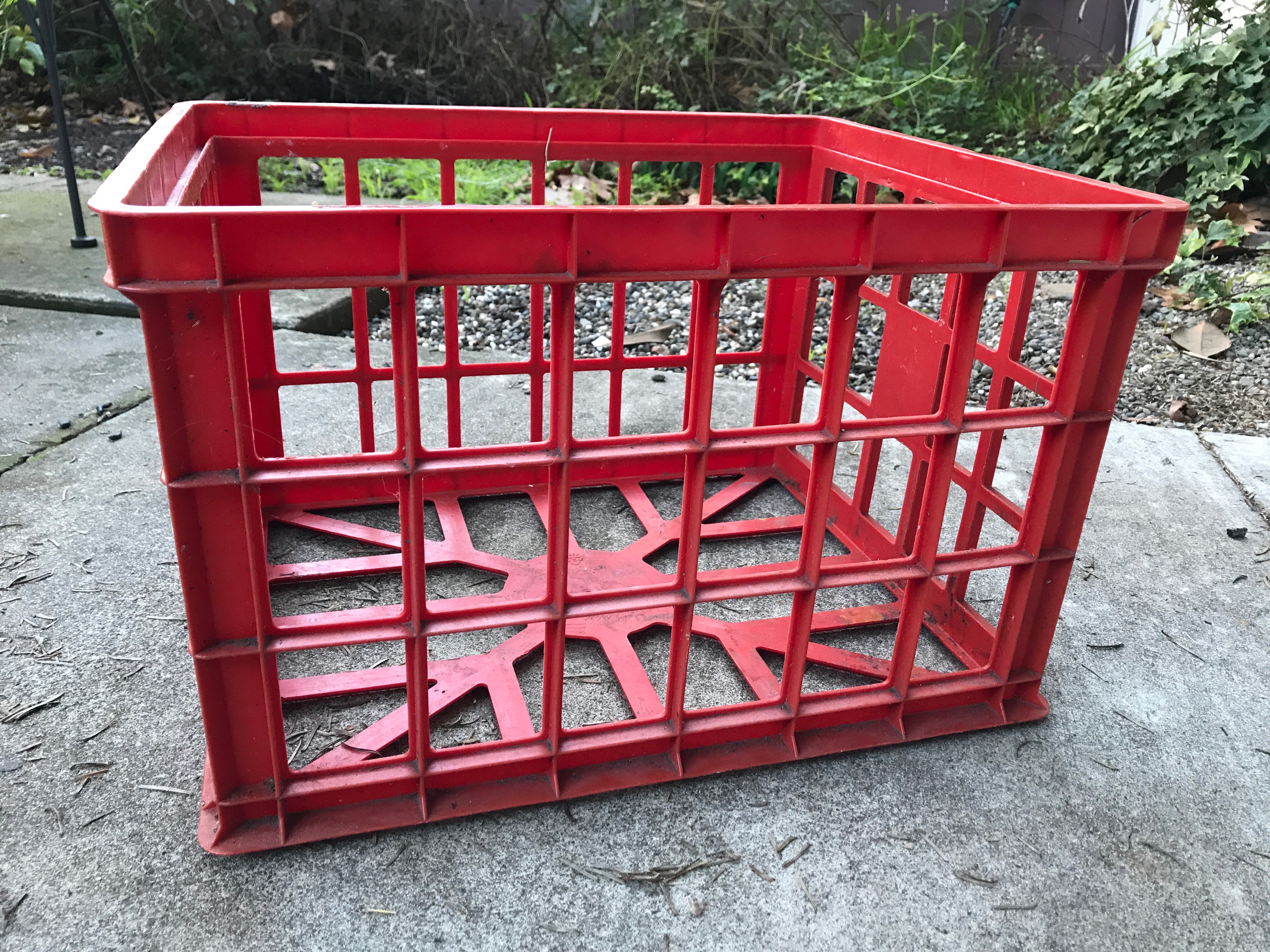 3. You will refuse single-use plastics whenever possible

These are the worst offenders. Single-use plastic means you use the plastic only once before tossing it, after which it ends up in recycling (which delays, rather than prevents, its eventual final trip to a landfill), landfill or worse, the ocean. These items include plastic packaging for junk food, plastic shopping bags, plastic straws and stir sticks, plastic utensils, plastic plates and cups and other disposable plastic items.

4. You will use your head

As with any religion, think critically about your choices and question everything. If you buy a pound of beef in your own container instead of the pound of pinto beans with some packaging, technically you have bought your food zero waste but come on. The beans—even in plastic packaging—have a much smaller footprint than the beef.

5. You will not judge others

On the other hand, if someone does buy that beef instead of the beans, don’t judge them, lecture them or berate them on social media. How does that help the situation? I don’t know about you, but I’ve had enough of the negativity and downright meanness that currently pervades our culture. My religion strives to be not only plastic-free, but also dogma-free. #liveandletlive

6. You will meet with a congregation of like-minded people occasionally

You may want to find outside support, especially if your family pooh-poohs your efforts. I have attended a few zero-waste meetups here in Northern California. Before the first one, I thought to myself about these, “What will we do? Sit around and drink out of our stainless steel water bottles and kvetch about garbage?” But we’ve done a litter cleanup, I taught a short kombucha class, we went shopping at Rainbow Grocery (a.k.a., bulk Mecca) and next month, we’ll meet for a swap of our gently used stuff. And I’ve met the nicest people at these. Plus you’ll feel normal!

7. You will not covet your neighbor’s zero-waste lifestyle

Looking on Instagram at the beautiful spartan interiors and kitchens of some zero wasters can lead to feelings of inadequacy. I have started using Instagram Stories lately. I really like them. You get more of an authentic, behind-the-scenes view.

8. You will not covet your neighbor’s jars

9. You will not feel guilty when you mess up

Bless me Zero-Waste Chef, for I have sinned…

I am always a little taken aback by the guilt some people feel about not perfectly executing zero waste. They confess to me “sins” like buying olive oil in a glass bottle that costs a quarter of what the same amount costs in bulk. Like my daughter MK says, you can’t bankrupt yourself doing this. You just do your best. But if it makes you feel better, after a transgression, go out for a walk. Pick up two plastic water bottles, three plastic bags and five straws littering the ground, and dispose of them properly.

The majority of my followers are female (89 percent on Instagram and Facebook) and we women tend to have guilt buttons the size of a Chevy Suburban SUV. Two if we drive a Chevy Suburban SUV… I’m not out to make people feel guilty about their choices. I post on here stuff I do in my own life. If you like it, great. Want to try filling up a jar with peanuts at the bulk bins? Awesome. Your sourdough bread turns out like a brick? You have no desire whatsoever to bake sourdough? All good.

We need everyone on board. Here’s some good news: Everyone in the U.K. is basically freaking out over plastic pollution after watching David Attenborough’s documentary about the oceans, Blue Planet II. Environmentalists have criticized the British PM’s plan for cutting plastic consumption but the British PM has presented a plan for cutting plastic consumption. If you live in the U.S., you may find this remarkable, given the assault our government has unleashed on the environment here.

So, if I start the Church of Zero Waste, does that mean I get tax-exempt status?

44 Replies to “Welcome to the Church of Zero Waste”