My daughter Charlotte makes soft pretzels often. After I posted her recipe here, I decided I had to come up with a sourdough version to use up some of my extra starter. Sourdough deliciousness and food waste aversion all wrapped in one! Win-win!

To feed my sourdough starter, I remove most of it from its jar and stir in fresh flour and water. I store the stuff I remove—the discarded starter—in my refrigerator to use later. Because I don’t bake every day but I do feed my starter every day (usually), I can sometimes accumulate quite a bit of discard and I can’t bear to throw it out. So I use it to bake pancakes, crackers, waffles, tortillas… (You can read more about the feeding and caring of a starter here and here.) 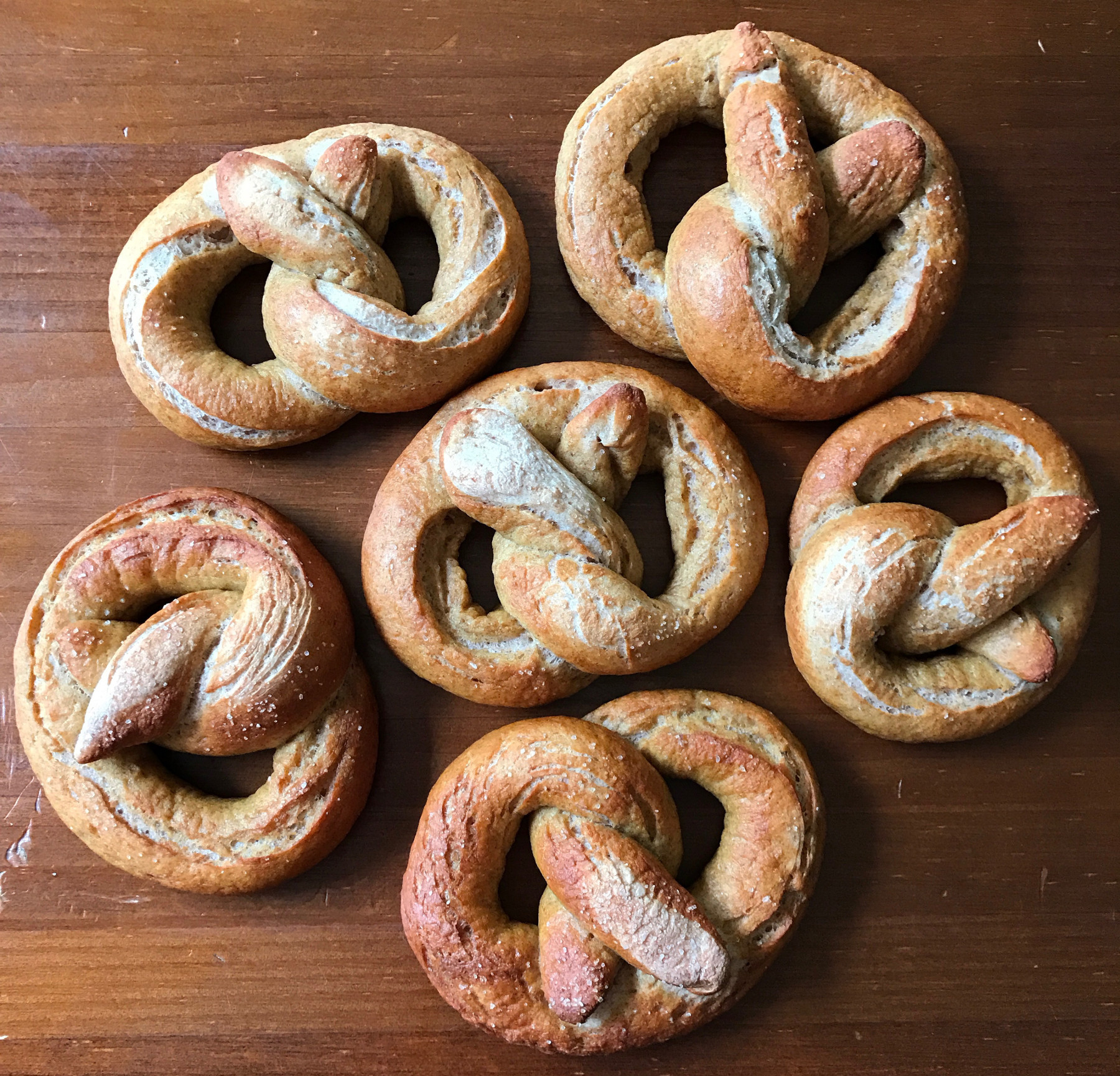 Here’s what I learned: