With apologies to George Orwell…

I work at an English factory (a small publisher) and in my past wayward life, wrote marketing copy on the side. So I know how powerful language can be—powerful enough to entice you to part with your hard-earned cash to buy things you don’t actually need and that might actually make you sick. You have to give food marketers—and marketers of consumer products in general—credit for their creative use of the English language in order to dupe us.

I thought I was simply baking bread

Merriam-Webster doesn’t list a definition for artisanal, only artisan:

1     :  a worker who practices a trade or handicraft :  craftsperson

2     :  one that produces something (as cheese or wine) in limited quantities often using traditional methods

I couldn’t cook much before my daughter was born. That was 21 years ago. Let’s say I’ve made only one meal a day and I’ll even give myself an entire year off because I am the writer and so can live out that fantasy here in Brandon Grotesque font. That’s 20 years x 365 days = 7,300 meals I’ve cooked. So far. That doesn’t sound like limited quantities to me.

I think terms like “artisinal” intimidate people. It can make them feel that they should leave cooking to the skilled professionals. Today, if you bake bread, you are now an artisan. It’s a little silly. If I can make bread, anyone can. It takes a bit of skill, but not much. People have baked bread for thousands of years after all.

How about we change the term “artisinal food” to “dinner.”

Let us dispose of misleading adjectives

:  designed to be used once and then thrown away <disposable diapers>

That definition comes from Merriam-Webster. The dictionary also defines disposable as “remaining to an individual after deduction of taxes and necessary living expenses” as in “disposable income.”

M-W records 1643 as the first use of the word, but I’m pretty sure people weren’t throwing out gazillions of K-cups back then. So I did a little more digging. Dictionary.com describes the origins of the word “disposable” as follows:

“1640s, ‘that may be done without;’ see dispose + -able. Meaning ‘designed to be discarded after one use’ is from 1943, originally of diapers, soon of everything; replaced throw-away (1928) in this sense. First recorded use of disposable income (preserving the older sense) is from 1948.”

Ahhh, 1943 and the dawn of single-use diapers, soon of everything. That sounds more like it.

The definitions I came across all said something about using and “throwing away.” Where is this away? What a mess away must be. I would like to find out the origins of this phrase “throw away.” Like Annie Leonard says, “There is no such thing ‘away.’ When we throw something away it must go somewhere.”

The term “disposable” makes us believe that we are “able” to “dispose” of all the trash we create. Really, we just outsource the problem to the garbage trucks, over-burdened landfills and developing countries.

I propose we replace the term “disposable” with “landfill in transition.”

Is zero-waste a throw-away term?

At a July 4th parade my boss attended this week in Oregon, while some people threw candies from floats, others threw tea bags. My boss brought one of the latter to the office to show me. 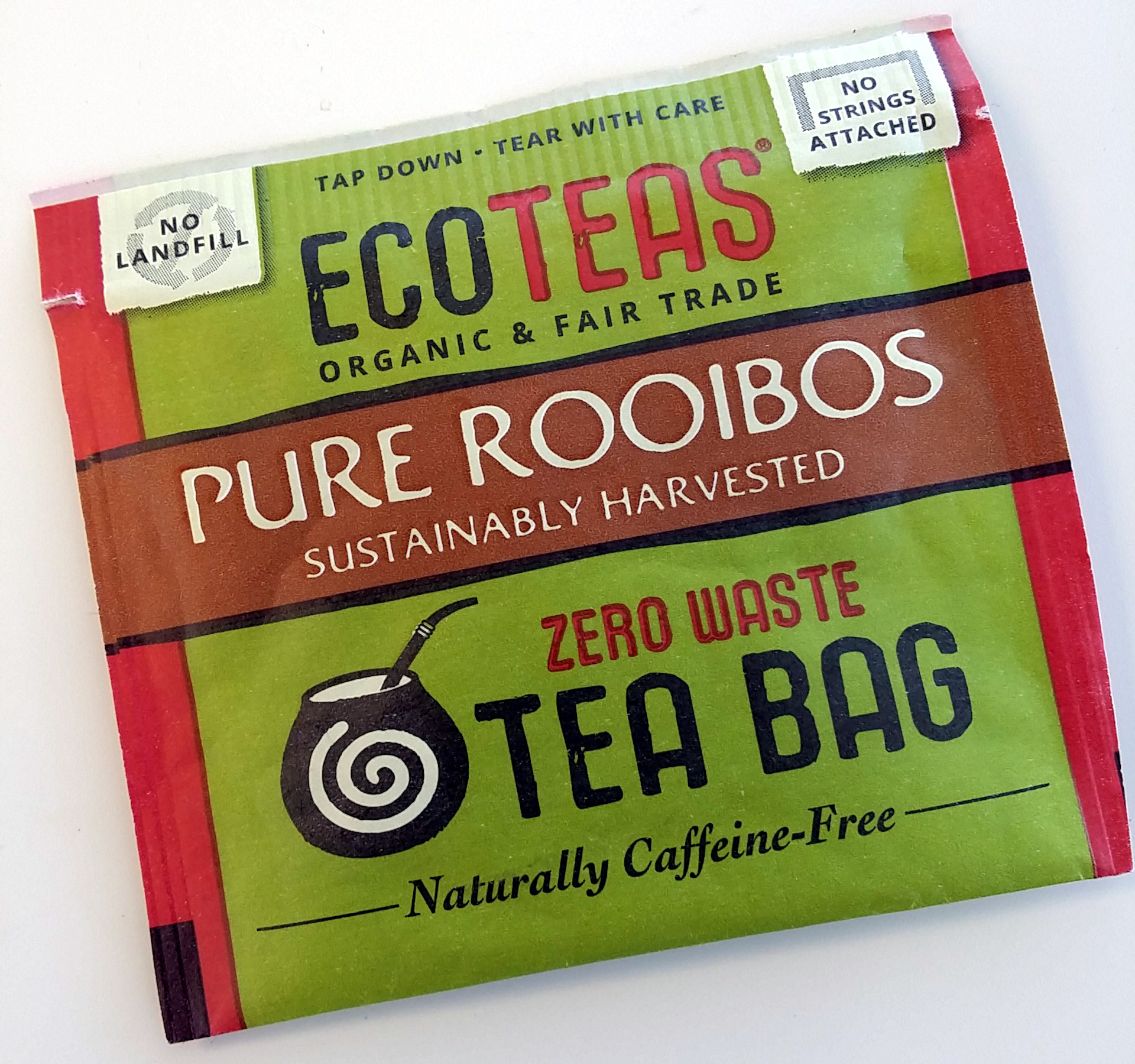 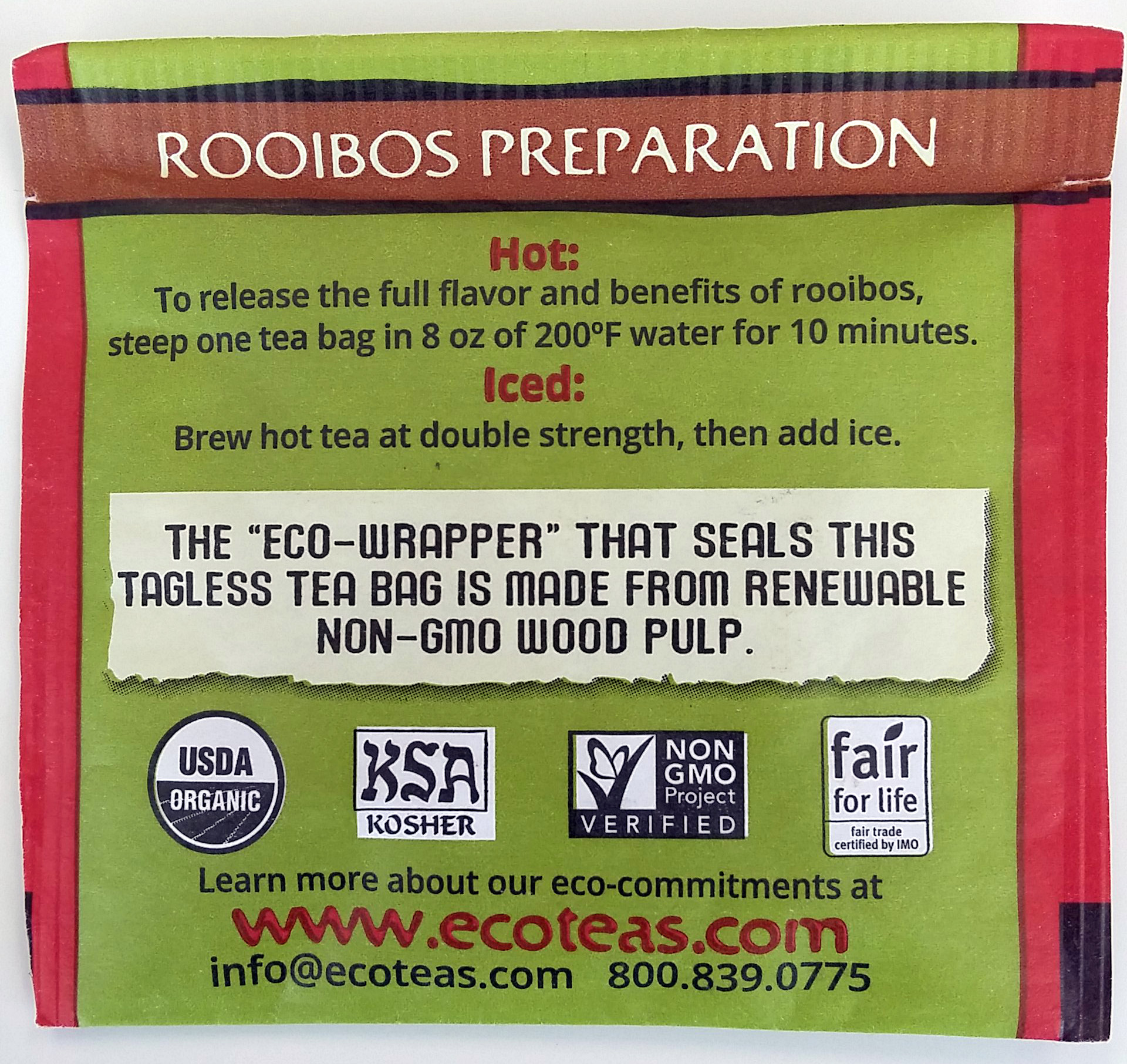 It says right on the paper packaging “no landfill.” I am confused. Am I supposed to eat this packaging? How is the packaging not landfill? The back of this “eco-wrapper” says it is “made from renewable non-GMO wood pulp.” Well, that is SO MUCH better than a plastic wrapper but does the package self-destruct upon opening like a Mission Impossible message? And what about the tea bag inside? I would throw it on my compost heap but not everyone composts, so don’t they, ummm, throw it out?

The term “zero-waste” on the package differs from my definition. I think “less-waste” would make more sense here. The company sounds like a very good one though. Their packaging is compostable, the filter hemp, the tea organic and fair trade. I’m sure it tastes great. I am just scratching my head a little over use of the term “zero-waste.”

Please tell me what your definition of zero-waste is. I am pretty hardcore compared to some, yet perhaps not hardcore enough for others. The definition of “zero-waste” could easily be a separate post.

Take back the c-word

: of a kind that has been around for a long time and is considered to be usual or typical

What is “conventional” about spraying food with poison; growing it in pesticide-dependent monocultures; irradiating it; splicing its genes with the genes of fish; and producing seasonal fruit out of season? This madness has been going on for less than 100 years, so we either need to change the definition of “conventional” (around for a long time) or just ditch this term to describe food produced this way. In a recent post, I suggested we call “conventional” produce “industrial.” Not very appetizing. Maybe I don’t write marketing copy as well as I thought 😉

I ranted a bit about conventional versus organic in a previous blog post and a few people commented that organic food can be treated with pesticides. So to help clear up confusion, I’ve cut and pasted the following (current) definition or organic from the US Department of Agriculture:

“What is organic food? Organic food is produced by farmers who emphasize the use of renewable resources and the conservation of soil and water to enhance environmental quality for future generations. Organic meat, poultry, eggs, and dairy products come from animals that are given no antibiotics or growth hormones. Organic food is produced without using most conventional pesticides; fertilizers made with synthetic ingredients or sewage sludge; bioengineering; or ionizing radiation. Before a product can be labeled ‘organic,’ a Government-approved certifier inspects the farm where the food is grown to make sure the farmer is following all the rules necessary to meet USDA organic standards. Companies that handle or process organic food before it gets to your local supermarket or restaurant must be certified, too.” Consumer Brochure, USDA National Organic Program. 2007.

So, yes, organic food may be grown with pesticides but organic farming practices differ from “conventional” ones.

Did you know you can reproduce (in the US) content from US Government websites? I learned that at the English factory 😉

Can we please unburden real food of the adjective “organic” and simply call it “food”?

15 Replies to “Food Politics and the English Language”