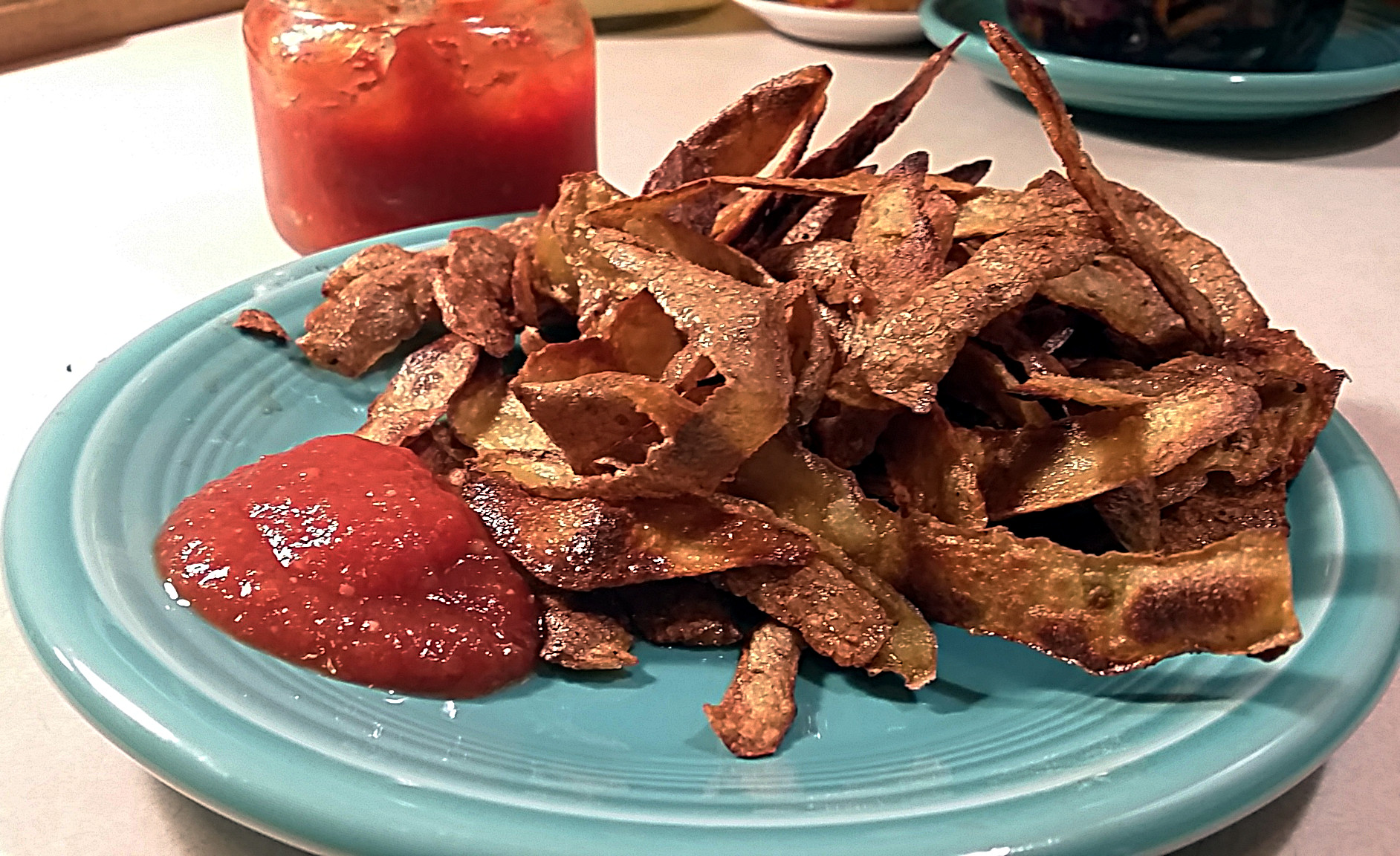 I made shepherd’s pie recently and had peels left over. Shepherd’s pie topped with mashed potatoes and served with fried potato skins on the side would send me into tuber overload. So I stored the skins in the fridge and fried them the next day. I have an inkling you should use up the skins pretty quickly, while they’re still stiff and starchy.

A note on the potatoes: I always buy organic potatoes, and usually from the farmer’s market. The Environmental Working Group lists conventional potatoes at number twelve on its Dirty Dozen List of produce with the most pesticide residue. According to the NIH, of the entire potato, the skin has the highest levels of DDT and its derivatives. 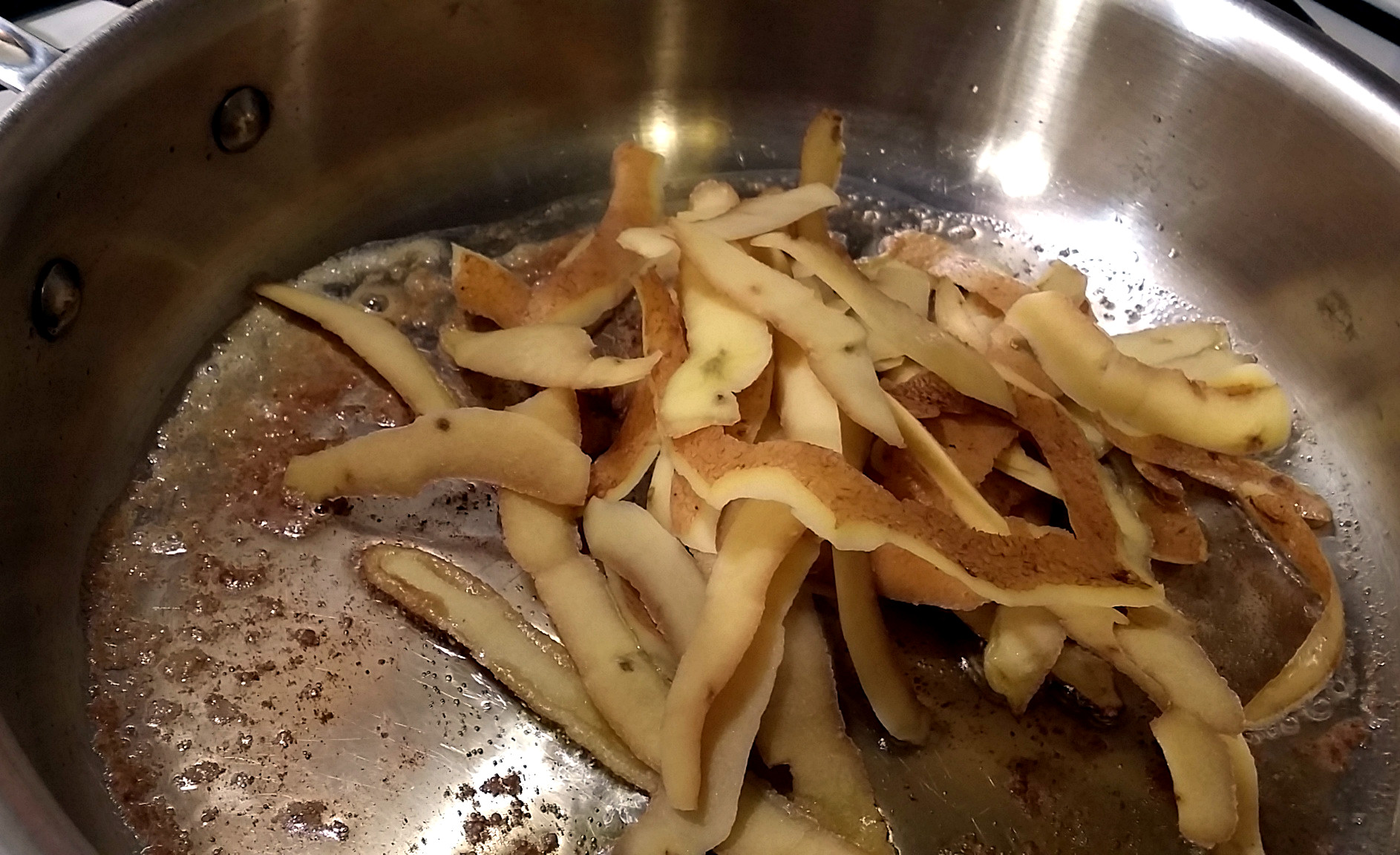 1. Add fat to pan and melt over medium-high heat. Lard would taste great too but I’m out (I render my own and will post that next). 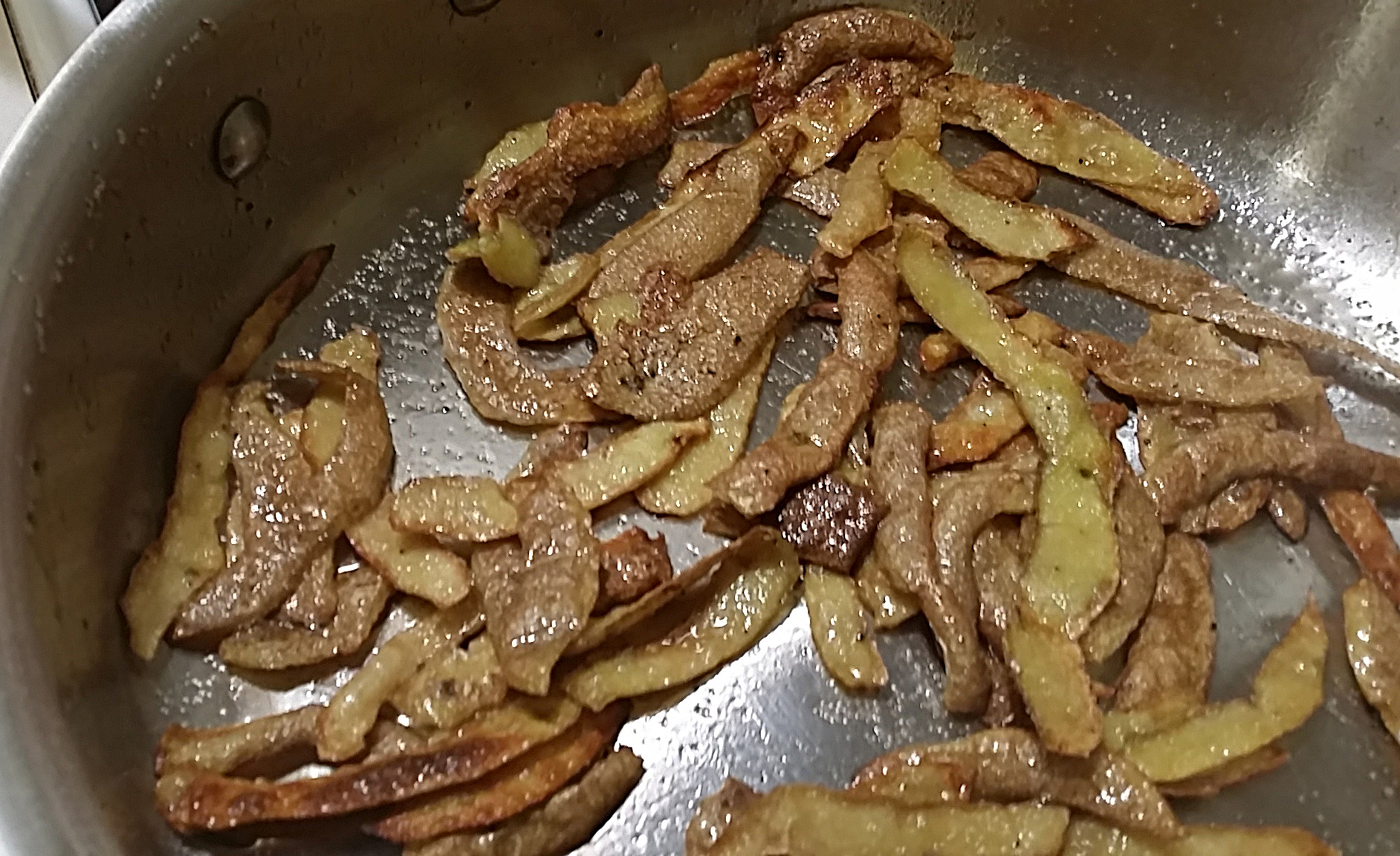 2. Add potatoes, salt and pepper, and fry until brown and crispy.

I served mine with homemade ketchup. My picky eater gobbled up this after-school snack.

I’ve been making scrap vinegar lately (I’ll write a post on that eventually) after learning how from the awesome Kitchen-Counter-Culture blog. Annie makes all sorts of scrap vinegars, including one made from potato peels, which she uses it as a cleaner. I’m amazed by what I can make out of what most people consider trash.