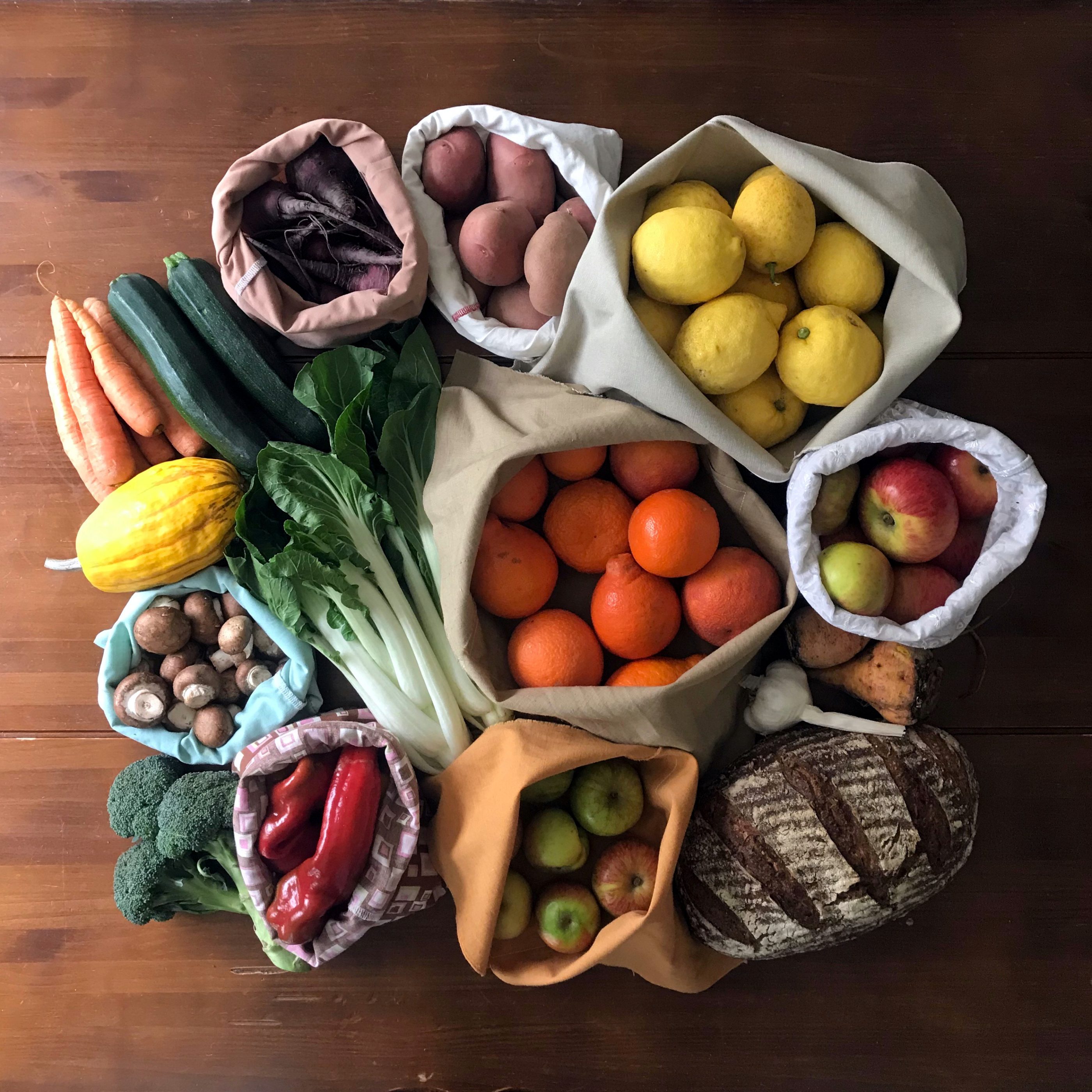 A follower on Instagram last week asked me to write a post to address a situation to which many of you may relate: You change your lifestyle, doing your best to keep the plastic out of your home, making your own deodorant, using up every last scrap of food and so on. But those around you? They just don’t seem to care.

You may wonder, what’s the point? One person in your home bringing in a shrink-wrapped case of bottled water can easily cancel out all of your gains for the entire month!

Why should you resist throwing in the paper towel?

Because you can control only your own behavior

If you know how to convince others to behave exactly as you want them to, please fill me in on your secret. You either have superpowers or have never raised a toddler and are simply in denial.

However, if you do possess these powers and yet your plastic-free and zero-waste charms still fail to rub off on those around you, stick with the program. You can feel good about the fact that you have reduced the amount of trash you contribute to the waste stream.

Even if no one else around you seems to care one bit, by reminding yourself of the benefits you reap from this lifestyle, you’ll stay motivated.

After I kicked the plastic in 2011, my health improved and since that time, I have rarely been sick (I eat at least one fermented food every day and have a super gut). Using up every scrap of food saves me a small fortune and I can make dinner out of basically nothing. I don’t spend time maintaining a bunch of stuff that I don’t need. (Go here for more benefits of zero-waste living.)

Because you learn new skills

One of the many, many aspects that I love about a zero-waste lifestyle is the rediscovery of hands-on, life skills. Some of these skills are gardening, carpentry, cooking and sewing. Along with the makers movement, the zero-waste movement has begun to transform us back to active makers from passive consumers. (Read more about making here.)

Because change starts from the bottom

Change trickles from the bottom up—from the grassroots. Plastic pollution awareness has led people around the world to reject excessively packaged products, to design better products and to demand change from industry and government. All of this has begun to lead to change, slowly at first but lately, the movement has picked up steam.

In March of 2019, French supermarket Carrefour announced that, in order to fight plastic pollution, it would allow shoppers to use their own containers to fill up with produce, fish and meat at its 1,000 plus grocery stores in Spain. Earlier in 2019, several major food producers announced they would join a pilot refill scheme called Loop. Customers in test areas will buy products in refillable containers and return them to be reused.

On December 31, 2018, Trader Joe’s announced it would remove 1,000,000 pounds of plastic packaging from its stores and improve its existing plastic packaging. Not coincidentally, Greenpeace had garnered 100,000 signatures earlier in 2018 asking the retailer to “ditch plastic packaging.” No, these solutions aren’t perfect but they are a start and they wouldn’t have happened without pressure from us.

Grassroots activism works. Keep this in mind when you think your changes don’t matter. They do. They add up. Our collective change adds up.

Because you will influence others to change (eventually)

You may not see anyone else at your supermarket putting produce in reusable cloth produce bags today but lots of seemingly radical ideas eventually go mainstream. You’re simply ahead of the curve, you hip and cool trendsetter you. When I helped my dad build a solar-thermal heater for our pool in the 80s, our neighbors laughed at us and said we were nuts (which we may have been but not due to our solar-thermal heater). Today, in my neck of the woods at least, many homeowners have installed solar panels on their roofs.

And your actions will influence some of those around you. I offered a friend a few cloth produce bags in 2012 or so, soon after I first started making them. She didn’t want any. Then this year, she asked me for some. Repeatedly! A mere seven years later. Hey, better now than never! I finally gave her three a couple of weeks ago.

You can resist an invading army; you cannot resist an idea whose time has come.” — Victor Hugo

Because the zero-waste rabbit hole is a one-way trip

When the indifference of others leaves you feeling despondent and wondering what’s the use of even trying, be honest. You know you can’t stop! Once the zero-waste bug bites you, you can’t go back. It becomes a game and you want to see just how far you can take it. It may start with banishing plastic wrap from your home, but down the road (or tunnel), you might find yourself naming your fermentation starters and sewing them wardrobes.

Because you retain your sanity

Despite the fact that I read lots and lots of environmental news, I have managed to retain my sanity. (I am sane, right?) I credit this sanity to having taken action. I waste nothing; I ride my bike as much as possible; I’ve started a produce bag sewing and sharing project to get the word out in my community; and through this blog and social media, I do my best to spread awareness and inspire others.

Have I turned off the firehouse of plastic gushing into our oceans? Nope. But I will keep at this because my activism allows me to live by my values and it gives me a sense of purpose.

Protest that endures, I think, is moved by a hope far more modest than that of public success: namely, the hope of preserving qualities in one’s own heart and spirit that would be destroyed by acquiescence.” — Wendell Berry