Perhaps you’ve taken the Plastic Free July challenge. You’ve banned plastic wrap in your home, started carrying your reusable water bottle everywhere and maybe you’ve started making your own granola. You feel very excited about your progress (as you should)! Then your friends and family criticize you and burst your bubble. Sound familiar?

“You don’t make a difference.”

Well, if nothing else, I have made a difference in my own life. I don’t eat processed food. I eat more delicious and healthier food. I get sick way less often. My kids know how to cook—a valuable life skill. I am happy. No, I can’t save the world, but I have had friends, neighbors and followers on social media tell me they have adopted some of my habits. Beth Terry’s blog influenced me and my daughter MK when she found it in 2011. Imagine all the people Beth has encouraged to change their lifestyles. We all do make a difference.

I do what I can in my circumstances. I am not perfect. I started a blog because I enjoy writing and needed a creative outlet and felt I had something to say. I think activism doesn’t have to be an all-or-nothing proposition—either you dedicate your life to the cause and give up everything (including your family) or you don’t bother. I would like to do more, such as teach more people how to cook and take care of themselves. Cooking mitigates so many problems (dependency on Big Food, obesity, diabetes…eating nasty food!). As one of my heroes Ron Finley puts it, “Food is the problem and food is the solution.”

“We have bigger problems than plastic pollution.”

According to the World Bank (not exactly a liberal institution),

The world is barreling down a path to heat up by 4 degrees at the end of the century if the global community fails to act on climate change, triggering a cascade of cataclysmic changes that include extreme heat-waves, declining global food stocks and a sea-level rise affecting hundreds of millions of people.

Yes, this is a dire problem. And that’s 4 degrees Celsius. But our problems all relate to each other and plastic is made of oil.

For me, plastic epitomizes our consumer, throw-away culture. It represents the kind of thinking (and action) that led to our current environmental crisis. We’re addicted to convenience (much of which plastic makes possible), we demand what we want when we want it, we want it cheap and we dispose of what we no longer want without thought. We consume mindlessly and behave as though we have infinite resources. At our current rate of plastic production, consumption and disposal, by 2050 the oceans will contain more plastic than fish. Plastic not only kills marine life, it is in marine life. Fish eat it, we eat the fish and so we eat plastic. Blech.

When you cut plastic from your life, you examine every aspect of your life because plastic is a part of every aspect of modern life. You naturally slow down. You change your lifestyle. You reduce your footprint.

“I don’t eat those plastic-filled fish, I’m vegan and you’re not, you fraud.”

I can count on one hand the number of times a vegan has attacked me for, well, not being vegan, but it has happened. I do eat lower on the food chain. I rarely eat meat and when I do, I eat pastured. I buy pastured dairy from either Straus Family Creamery or St. Benoit Creamery. I eat pastured eggs and know the vegetarian farmers who provide them to me. I’m pretty sure they chant oms over those happy hens that run up to humans visiting the farm.

So, no, I’m not a vegan but I am very conscientious. Not everyone subscribes to veganism and some people will feel excluded and overwhelmed if I go all dogmatic on them (which I try not to do). As a result, they may never start. I try not to proselytize. It only annoys people rather than winning them over.

“Your reusable and thus germ-infested cloth bags and containers will kill you.”

We are a country of germophobes. Our fear of germs and attempt to completely annihilate them plays a role in the mass extinction facing our gut microbiota, which affects not only our health but also our mood and weight. Our love affair with antibiotics—we overuse these useful drugs—has resulted in antibiotic resistance, which according to the CDC, sickens over 2,000,000 Americans every year and kills 23,000.

When they get dirty, I wash the cloth bags and glass jars that I use for shopping. I can’t possibly sterilize them and they don’t need sterilization.

“I won’t change because technology will save us.”

This one will drive me over the edge. Electric cars, edible packaging and apps for dilemmas we can figure out ourselves (e.g., apps that alert you to the apple on your counter about to turn) don’t go far enough. We actually have to change our lifestyles, not merely create a greener version of our consumer culture. I’m not suggesting we all go live on a farm and raise goats (although I would love to…). But what’s so terrible about slowing down, simplifying and enjoying life? I suppose it’s terrible for the GDP, an artificial construct. It will help keep the air, water and soil healthy though (those are real).

“Just enjoy yourself while you can and take all you can get because we’re doomed.”

Even if I accepted our doom as a given, how does our consumer culture make us happy exactly? Self-medicating doesn’t count (speaking of which, global pharma sales hit the $1 trillion mark in 2014 and should reach $1.3 trillion by 2018). Slaving away at a job so I can earn money to shop at a crowded mall for more junk I don’t need does not appeal to me. I’d rather read a book. Or go skating. 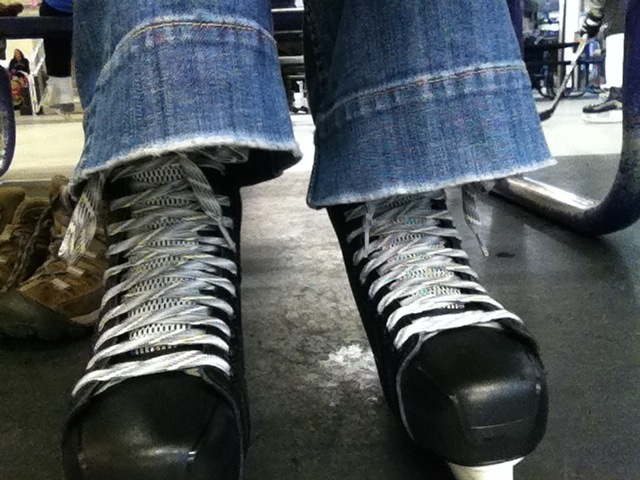 “Cooking requires too much work.”

This is a tough one. I recently wrote a post that can help: “18 Time-Saving Tips for Cooking Real Food.” Please don’t shoot the messenger but if you eat, you need to master some basic (and easy) cooking skills, unless you have a personal chef, which most of us can’t afford. If you learn a few skills (like how to make soup), you waste less food (and save money). You know what to do with what you have on hand, you buy real ingredients you actually cook with and can use in infinite ways.

“Living the way you do costs too much money.”

My daughter says the zero-waste lifestyle is “out of reach for poor people who are actually the most hurt by corporations and are victims of environmental racism.” No, I don’t live in a food desert, yes, I have time to cook real food (I don’t work two jobs, for example) and yes, some things I buy, such as milk in glass bottles, do cost more than their plastic-packaged counterparts. However, I do spend less money on food than I used to. Since I cut the plastic, I decreased my meat and dairy consumption (they are difficult to find plastic-free), and started eating more beans, legumes and vegetables. Those cost less. I could save more money if price was my only concern.

Not everyone can afford milk in glass bottles (or milk for that matter) but I think almost everyone can make different choices. For example, most people (unless they live in Flint, Michigan) can make tap water their drink of choice and stop wasting their money on bottled water and unhealthy sugary beverages—packaged in plastic.

I don’t think reducing your carbon footprint is an all-or-nothing proposition. In the long run, you’ll certainly save money on healthcare. Read more about the “too expensive” argument in this article “Is zero waste unfair to low income or disabled persons?” from Paris to Go.

“You’re alive and so you have a footprint.”

Whatever dude. I have no response. Just remember: 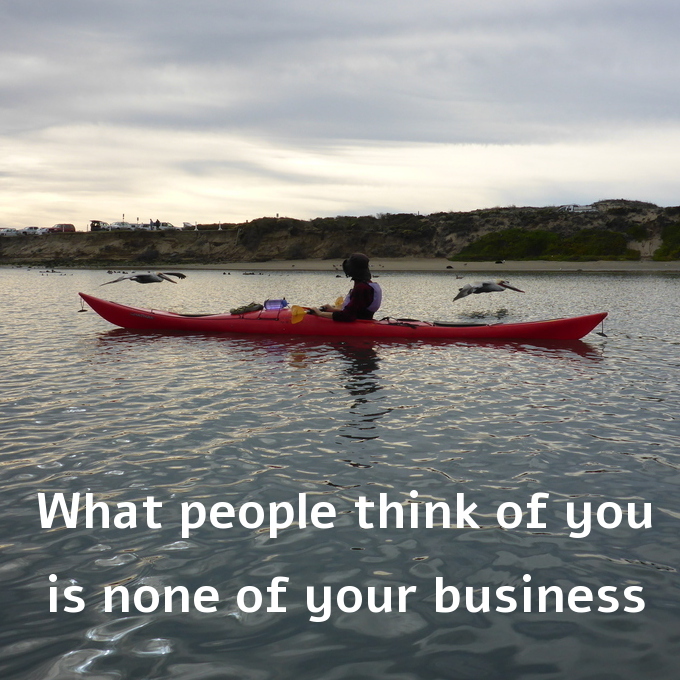 40 Replies to “How to Respond to Critics of Sustainable Living”