For the holidays, my younger daughter and I drove to my brother Paul’s in North Bend, Washington. At the end of our visit, before we left, I went through Paul’s refrigerator and pulled out some of the produce I had bought up there since he said he wouldn’t eat it (Paul doesn’t cook much). After a two-day car ride in the trunk at freezing temperatures, the gigantic beet, acorn squash, spaghetti squash and apple looked fine. The wilted lettuce looked sad. Still green but sad.

At home, I didn’t know what to do with this limp lettuce, so it stuffed it in the crisper and tried to ignore it. I had simply bought too much food for Christmas dinner (I have never claimed to be perfect…).

Writing this blog helps keep me honest though. If I tell people not to waste food (and thus water and all the other resources necessary to grow, harvest and transport that food), I better not waste it myself! So I attempted to resuscitate the lettuce. It worked! All I did was separate the leaves and soak them in a bowl of cold water for a couple of hours. (Perking it up takes less time than that but I neglected the lettuce—again—while I cooked a bunch of other stuff.) 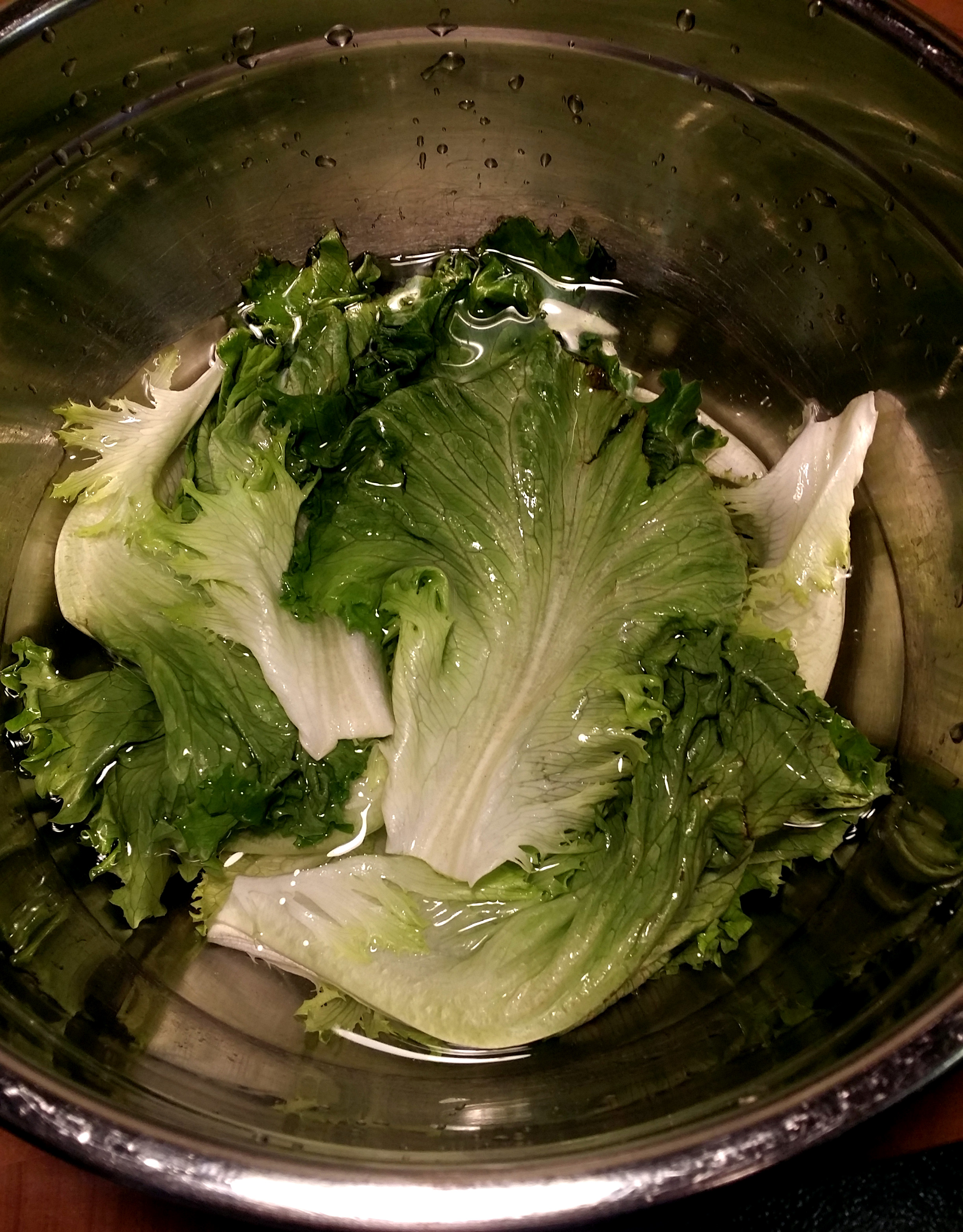 It makes sense that submerging lettuce in water revives it. Lettuce consists of 96 percent H2O! I’ve also used this method to breathe new life into celery, carrots and broccoli—other vegetables with high water contents. No wonder my arms feel as though they’ll fall off when I lug home my farmer’s market produce. I basically carry home several bags of water in fruit- and vegetable-shaped vessels.

Other ways to rescue produce past its prime (i.e., edible but not rotting):

Cutting my waste has forced me to become more creative and resourceful (and save time and money)—just one of the many benefits of changing habits.

Yes, I did drive from California to Washington State at Christmas and yes, I realize that rescuing one head of lettuce hardly makes restitution for all that driving but I was up there anyway, so I thought I may as well take some food back with me.

I will now leave you with just one vacation pic rather torture you with the entire slide show. Paul lives in the town where Twin Peaks was shot and my daughter loves the show, so we toured a bunch of film sites. Snoqualmie Falls appears in the opening credits and in practically every episode.