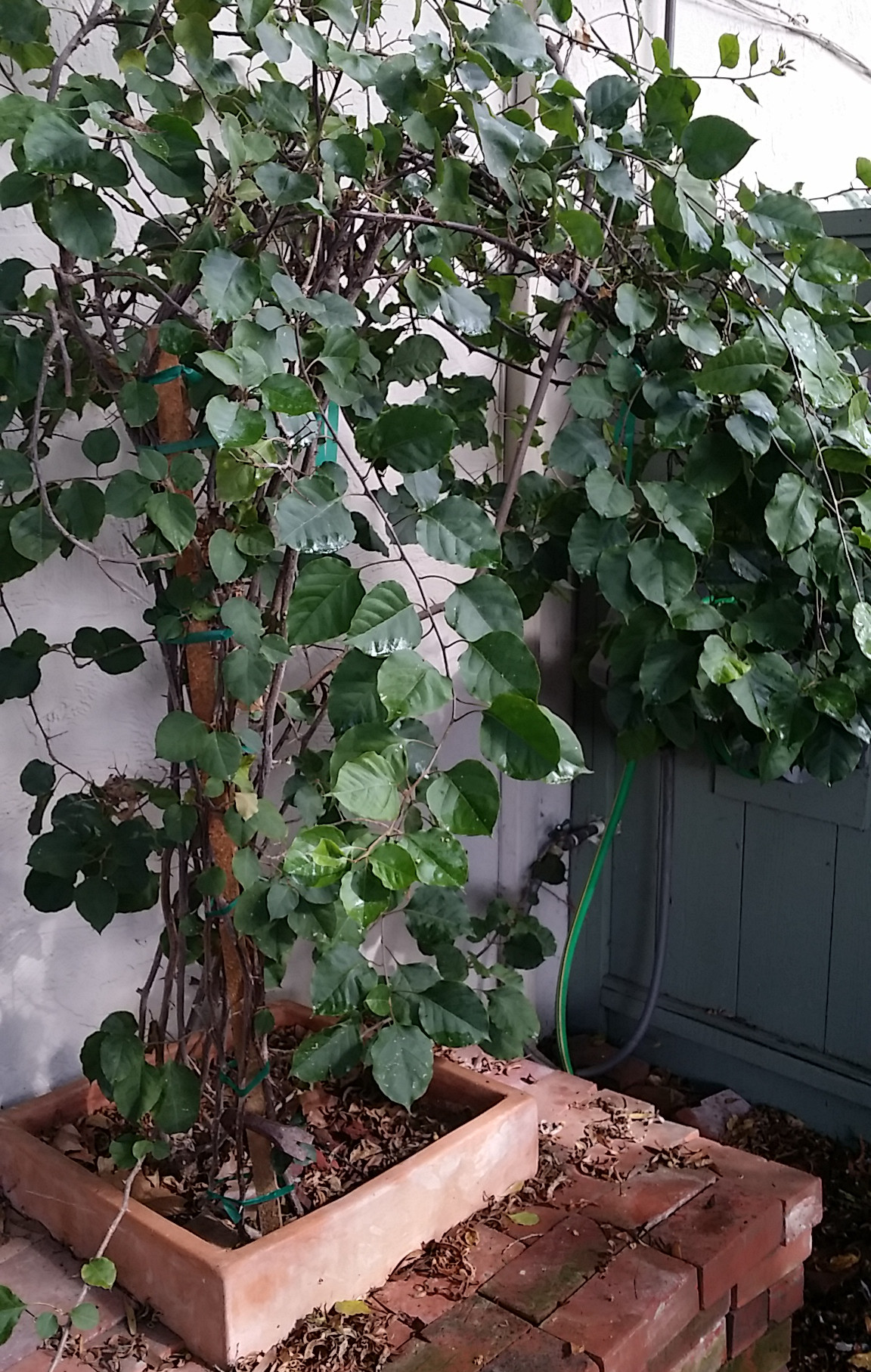 But as I look around, life continues as normal—unbearable traffic; talk at my café of startups, seed funds and stock options; and grocery store produce sections bursting with fresh (mostly non-local) fruits and vegetables.

Some of my daughter’s middle-school-age friends can’t believe that I rarely drive Charlotte to school, forcing the able-bodied child to walk 30 minutes in the Mediterranean-like climate, trudging through tree-lined streets and dodging lycra-clad joggers and middle-aged walkers of pure-bred dogs who often wield two or more leashes at once, all the way to to her well-funded and well-equipped school in tony Los Altos. I could explain to these middle schoolers that I do neither Charlotte nor them any favors by burning fossil fuels to transport her to and from school. I could say their generation will have to deal with the effects of climate change when they are my age. I could talk about future bleak projections. The thing is, climate change is here now.

On the water front, here’s what we (mostly I, and as you read on, you will understand why if you live with a teenager…) have been doing at home to conserve:

1. MK put a pebble-filled, 1/2-gallon jug in the back of the toilet to reduce the amount of water per flush.

2. We have followed the “if it’s yellow let it mellow” rule for as long as I can remember. My mother last visited California in 2004 and I remember well before that her horror at our unflushed toilets.

3. I keep a bucket in the shower. When it’s full, I use the water to flush the toilet (if it’s brown). This may not be the most elegant solution but it’s no hardship whatsoever to store my bucket in the bathtub behind the shower curtain instead of under my sink.

4. I wash dishes by hand. I don’t have a dishwasher at the moment. I have been looking for a metal basin or some sort of tub to set in my sink for soaking and rinsing dishes. This would help further reduce my water consumption in the kitchen.

5. When I return home from the farmer’s market, I wash and prep lots of the produce I’ve bought. Rather than washing off fruit and vegetables under a running tap, I clean everything in bowl or large pot filled with water. I start with the cleanest produce such as oranges or strawberries. I wash those, remove them and add something a little dirtier, such as lettuce. I clean that and move on to carrots or radishes, finally ending with potatoes. I then take the dirty water outside and water my Bougainvillea, lemon tree or other plants, which are only about 20 to 30 feet away from my kitchen.

6. This may be TMI, but I no longer shower every day. Here in North America, we almost pathologically kill bacteria, both bad and good. We eat dead, pasteurized food, slather our skin with chemical-laced hand sanitizer and bathe compulsively. We need to question so many of our habits, including frequent bathing. Daily showers strip your body of beneficial bacteria that help kill the bad bugs. I usually shower every other day or so. On the days I don’t shower, a damp cloth swiped on my underarms, privates and feet suffices. I haven’t washed my hair daily for a few years and it looks just fine.

7. Okay this definitely is TMI. I recently started to save my urine. I know you just cringed but hear me out before you close your browser window. Urine contains nitrogen and benefits plants. It also helps break down compost faster. Why waste one resource (urine) and waste another precious resource (water) in order to make the act of wasting that first resource possible? Thanks to Annie at the fabulous blog Kitchen Counter Culture for enlightening me on the benefits of urine (and for the suggestion of a post about the drought). I might be able to convince my older daughter of the benefits of urine when she returns from university later this month but Charlotte has already announced she’s moving out.

The drought has received more media coverage than usual in just the last week, thanks to Governor Brown’s executive order mandating a 25 percent reduction in water consumption. So at least we’re now having a long-overdue conversation about the drought and climate change. As I rode my bike through Palo Alto yesterday, I noticed that most lawns had gone the way of many farmer’s fields in the Central Valley—fallow. I did see one ostentatiously lush lawn edged with equally lush shrubs and dotted with pastel-colored flowers. I couldn’t help but wonder how much that homeowner’s citation will cost. I hope a gray water system accounted for such greenery.

Ironically, thankfully, it’s raining outside as I type this.

Next post: the drought, agriculture and what you can do to help California.

30 Replies to “Letter from California (Part I)”