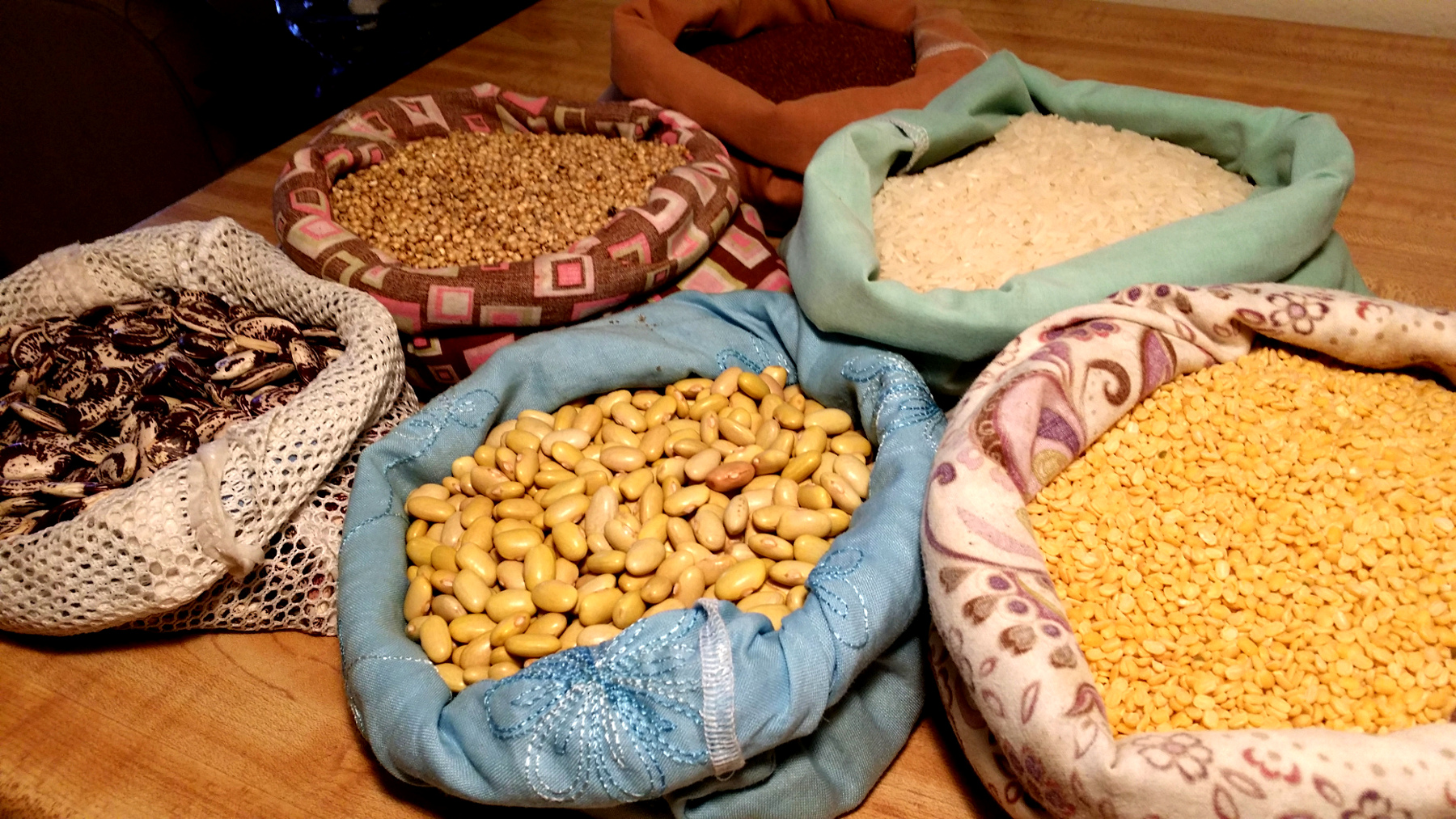 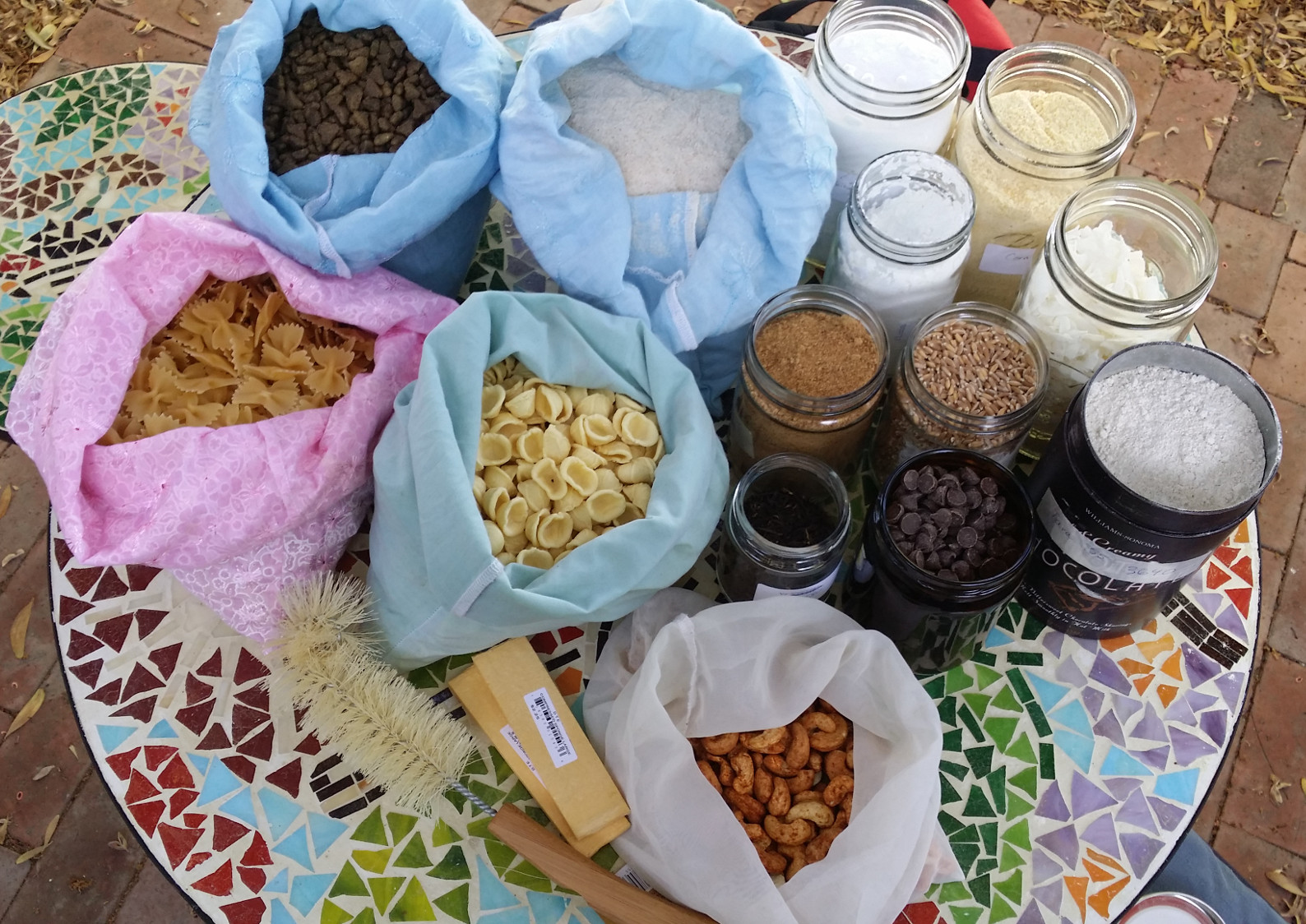 Before I left this morning, I:

This little bit of planning resulted in a tiny amount of trash—five twist ties. If I had bought each of these items in packaging as I had always done in the past, I would have eventually thrown at least 16 packages into the trash, but probably more, as I bought several pounds of pasta and stores usually sell one-pound bags or boxes of the stuff. And most of that packaging would have consisted of plastic, which never breaks down.

N.B. At the store, you (or customer service depending on the store) weigh the jars on scales, write the tare on a sticker on the jar, then the cashier deducts the weight of the jar from the overall weight of the jar plus the food. You pay only for the food in the jar.

I bought the following organic items (starting at the top left in the pic above, then sort of snaking around): [Update! The bags have all been spoken for. Thank you to everyone who emailed me.]

See you in bulk heaven!